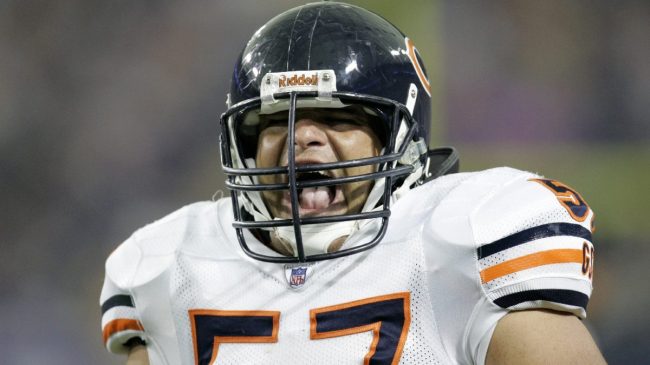 Former Chicago Bears offensive lineman Olin Kreutz was relieved of his duties at a local sports media outlet on Monday for reportedly “physically attacking” a co-worker.

The NFLer has worked the Chicago sports scene since his retirement in 2011.

Kreutz spent 13 seasons with the Bears before finishing his career out with the New Oleans Saints. The lineman was drafted out of the University of Washington in the third round of the 1998 NFL Draft before appearing in 195 professional games.

Kreutz was a steady presence in the middle of the Chicago Bears lines over the early 2000s, making six straight Pro Bowls between 2001 and 2006.

Unfortunately, things have gone south this week for the center.

“On Monday morning, an incident occurred in which Olin Kreutz physically attacked a CHGO employee. Effective immediately, Kreutz is no longer with the CHGO. Although we were shocked by the incident, we are thankful that the employee is okay.”

The altercation apparently took place early on Monday, and by late evening, he was gone. Within minutes of the company releasing their statement, the center responded to his firing.

Kreutz responded to the statement on social media with simply a quote from boxer Mike Tyson.

“Social media made y’all way too comfortable with disrespecting people and not getting punched in the face for it.”

His quote doesn’t seem to offer any sympathy or denial of the incident.

The offensive lineman also works for NBC Sports Chicago and 670 The Score. It will be interesting to see whether they follow suit after Kreutz’s action.