Chicago Bulls’ Wendell Carter Jr. Appears To Shoot His Shot At Rapper Justina Valentine On Twitter, Claims He Was Hacked 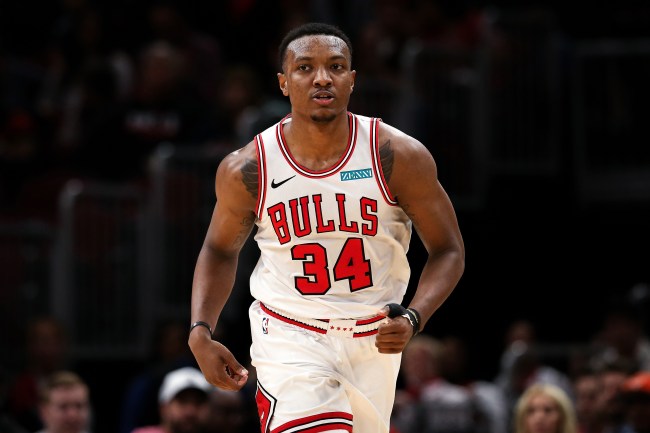 Chicago Bulls forward Wendell Carter Jr. had an interesting Tuesday night that had nothing to with the election. 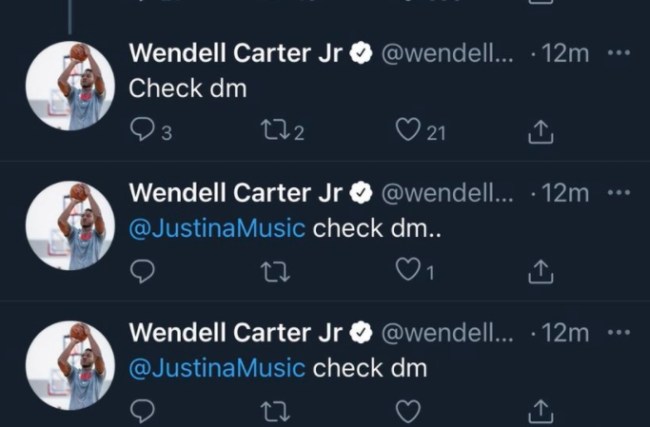 After getting mocked for shooting his shot at Valentine, Carter responded by claiming that he was not responsible for the tweets and that someone had hacked his Twitter account.

That was not me tweeting these last couple days. I apologize for that !

Look man , no disrespect to anyone but come on now … it’s a little excessive what was going on on my Twitter. I’m not begging no man nor woman to check they dm 🤦🏾‍♂️ . How about y’all pay attention to this election 🤝

If Carter Jr. is to be believed he might want to secure his account a little better.