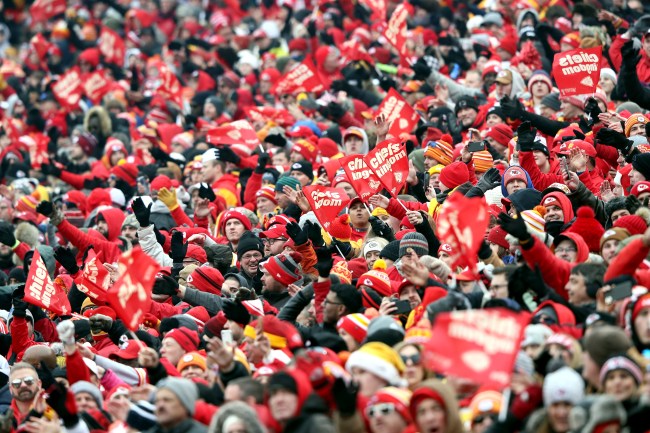 The Kansas City Chiefs were getting blown out by the Texans in the first quarter and one Chiefs fan took it upon himself to change the team’s luck on the field.

After the Texans went up 24-0 Chiefs fan Big Buck Chuck decided to leave his seats at Arrowhead stadium because he felt like he was giving the team bad luck.

Lets do this shit. #ChiefsKingdom pic.twitter.com/nyXmzDEHar

Alright, I’m out if the Texans score a TD

OMG this Chiefs fan left in Q1 bc "I'm out of here so we can get this second half comeback … its the only hope" 😂💀😂
(via @cpenn4thewin) pic.twitter.com/L4bMJXiQEf

As soon as Chuck left the stadium the Chiefs came back and went on a 51-7 run to crush the Texans.

I said this would be a dominating win but unfortunately or fortunately 🤷🏾‍♂️ I had to leave the stadium. Also, I won’t be at the AFC Championship Game! I PROMISE 😭😭😭😭 #ChiefsKingdom

Chuck is now being hailed a hero by Chiefs fans for his sacrifice.

The bravest thing a fan can do, is recognize they’re bad luck and bravely leave the stadium. Avg tix for today’s game was $300. s/o to @Cpenn4thewin for this courageous sacrifice @NFL @Chiefs pic.twitter.com/y5aHln9jg9