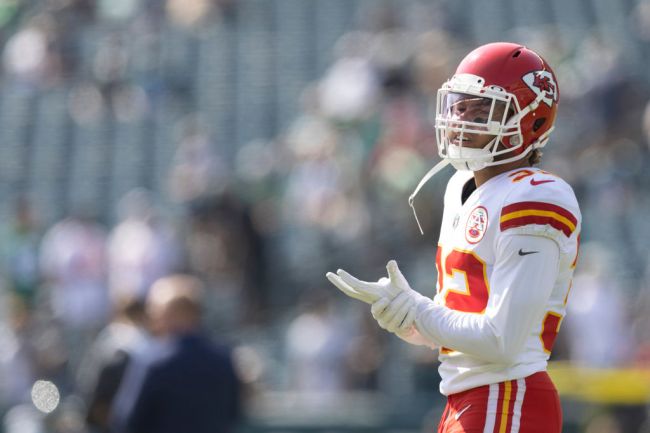 Tyrann Matthieu has found himself in a bizarre beef with a Chiefs reporter. 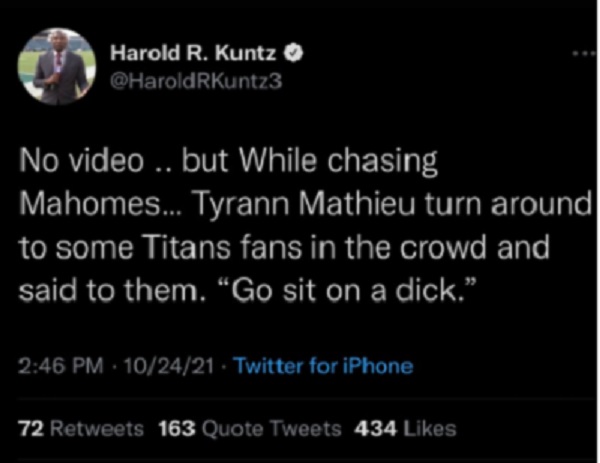 Matthieu immediately went on Twitter and called Kuntz a liar.

I can’t believe this dude lied on me.

The reporter claims that he spoke with the Chiefs and that another photographer could corroborate what he heard.

I’ll say this once .. I’ve talked to #Chiefs staff .. I and another photographer heard him say those words as he turned around to some fans. Tyrann approached team staff and afterward and assured them he did not say that. (1/2)

I am standing by what I heard, but I should not have tweeted it, in hindsight. It was a frustrating game but should not have shared that info on social. For this, I apologize @Mathieu_Era