China’s CCTV Lifts Television Ban Against NBA After One-Year Suspension, Will Air Game 5 Of NBA Finals Between Lakers And Heat 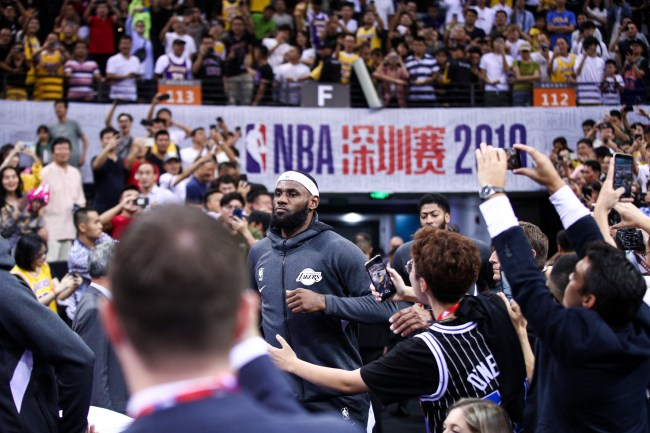 Nearly a year after the CCTV banned NBA games from being aired in China following Daryl Morey’s tweet supporting protests in Hong Kong, the state-owned television network announced they will air Friday night’s game 5 of the NBA finals between the Lakers and the Heat.

After a one-year suspension that began last October, China’s CCTV says it will resume showing the NBA with Game 5 of the Finals tonight.

According to Brian Windhorst of ESPN, the CCTV cited the NBA’s support during the COVID-19 pandemic as the main reason to lift the ban against the league.

In its statement, CCTV cited the NBA’s assistance with fighting COVID-19 in the country as a reason for restoring broadcasts. The league donated more than $1 million and medical equipment to China earlier this year. The league and some players have expressed support for China during the past year.

“During the recent Chinese National Day and Mid-Autumn Festival celebrations, the NBA sent their well wishes to fans in China,” CCTV said in a statement. “We also took note of the league has been continuously delivering goodwill [to China], particularly making positive contributions to Chinese people’s fight against COVID-19 pandemic.”

Earlier this year NBA commissioner Adam Silver stated the league was facing $300 million in losses due to the NBA ban on CCTV in China.

With the league struggling with ratings in the U.S. this year having a financial windfall overseas is going to be good for them business wise.