The Hilarious Way That Texas Hired Chris Beard Away From Texas Tech Is A Brutal Look For The Red Raiders, Lubbock 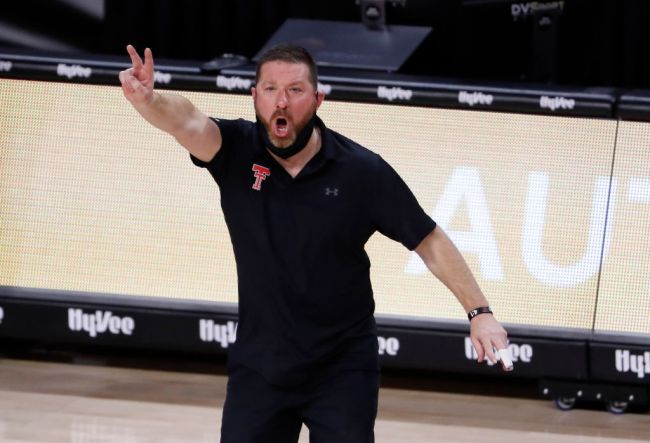 Texas is set to hire Texas Tech’s Chris Beard as its next head basketball coach after a six-day search with Beard as the top target. Beard is an alumnus of the university and will bring his talents back to where he started. Although making a move within the same conference is uncommon, it makes a lot of sense— especially when you consider the fact that he will be living in Austin instead of Lubbock. Getting paid more to move away from the dust storms, high winds, significant heat, torrential rains and proceeding flooding, tornadoes and freezing desert nights, to a city where there is actually something to do and fun to be had is a no-brainer. Texas Tech has been prepared to ward off potential suitors for Beard, but any opportunity to get out of Lubbock is a good one, and Texas is a great one.

The move keeps the Longhorns, who were upset as a 2-seed in the first round of the NCAA Tournament, as a national title competitor without any drop-off. Former head coach Shaka Smart left for the same position at Marquette last week and the Texas athletic department immediately targeted the man who began his coaching career as a grad assistant with the burnt orange. This was the move that Texas was compelled to make, given Beard’s success in the Big 12 and his connections to the program and the state.

Beard has been the head coach of the Red Raiders since 2016 and led them to the NCAA Tournament in all three years with postseasons. Texas Tech reached the Elite Eight in year two, finished as the runners-up in year three, had March Madness cancelled in year four, and most recently was knocked out in the Round of 32. He has gone 112-55 in that span, and will inherit a roster that is stacked with talent. He is known to be a great recruiter and started landing top-50 high school recruits at Texas Tech. It’s significantly easier to recruit to Texas, so he’ll be able to go after almost anyone in the country.

While numbers haven’t been released, it is assumed that Beard will receive a pay raise to make the move. Although the decision was likely final the second that Smart headed for Milwaukee, the team did not choose to confirm the announcement until April 1st for a very specific reason. After Beard’s National Championship game run in 2018/19, the school gave him a six-year extension that made him the third-highest coach in college basketball at $4.5 million a season. Texas Tech also used the opportunity to increase his buyout. However, that buyout dropped from $5 million to $4 million on April 1, 2021.

Texas prioritized Chris Beard long before the job came opened, according to sources.

When Shaka Smart left for Marquette he was the top option.

Beard’s buyout dropped $1 million today, April 1. This was the anticipated day a moved was expected to happen.

So not only did Texas swoop in and steal Beard from right under Texas Tech’s eyes, but it waited just long enough to ensure that its in-state rivals would receive $1 million less than it would have even 12 hours earlier. It’s a great move by the Longhorns athletic department, and a tough look for the Red Raiders. The opening means that Texas Tech, UNC and Oklahoma will all be led by a new head coach in 2021/22, after Roy Williams suddenly announced his retirement on Thursday morning. What is typically a quieter time in college basketball between the Elite Eight and Final Four has been pandemonium, and the Beard move contributed to that in hilarious fashion. He wanted out of Lubbock so badly and anyone who has been can’t blame him.