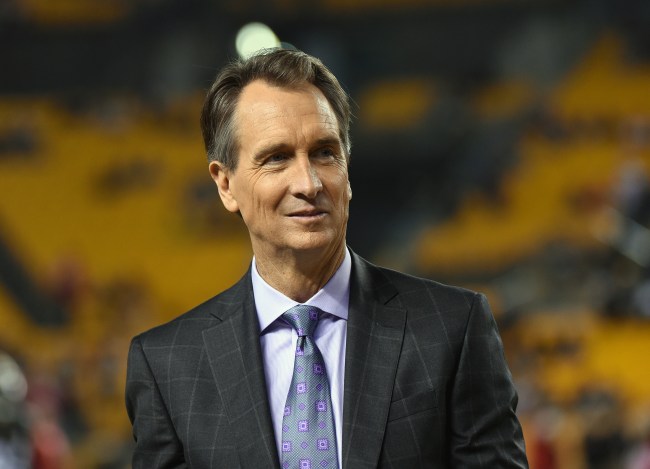 After Prescott threw a touchdown pass to Michael Gallup in the second quarter, Collinsworth and Al Michaels began discussing the state of Prescott’s contract negotiations with the Cowboys.

During the discussion, Collinsworth proclaimed “He got his mom a house. He’s happy. He said his sponsorships pay for a few other things,” which is wrong considering Prescott’s mother died six years ago.

cris collinsworth talkin about dak buying his mom a house – peggy prescott died when dak was a sophomore in college… pic.twitter.com/LgPJKRk12h

Collinsworth apologized, saying “apparently I said that in some mangled way.” https://t.co/4rgAchjXUq

Collinsworth obviously didn’t mean anything by the comment but it’s still pretty unfortunate.