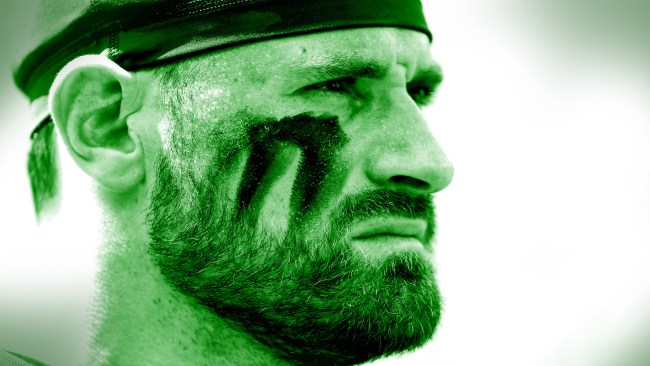 During his appearance on The Dan Patrick Show on Wednesday, certified bro Chris Long, who announced his retirement Saturday night with a tweet, admitted that he regularly used marijuana during his decorated 11-year NFL career.

“I certainly enjoyed my fair share on a regular basis through my career,” the two-time Super Bowl champ told Patrick. “And I was never afraid to say that, but I’m able to say it more explicitly now. Listen, if not for that, I’m not as capable of coping with the stresses of day-to-day NFL life.”

When asked about the NFL testing players for drugs like marijuana, Long said it was an easy thing to beat.

“If you’re serious about players not using, you’d be testing more often. I hope they go the opposite direction and just kind of realize how arbitrary that one test is.”

As for whether or not the NFL will stop testing for marijuana, which is currently banned, even if it is prescribed and supervised by a doctor, Roger Goodell said on Wednesday the league has appointed a committee to study marijuana as a pain management tool.

“There are a lot of alternative pain medications and treatments and those are the types of things that we want this committee to focus on, with medical experts and with medical science behind that,” said Goodell. “Of course they will look at one of those is, what role medical marijuana can have in that. That’s something that will be part of there studies, but it is much broader than that.”

This announcement from the NFL and NFLPA sure sounds like a prelude to the NFL eventually removing marijuana from the banned substances list pic.twitter.com/5FmnKqppqT