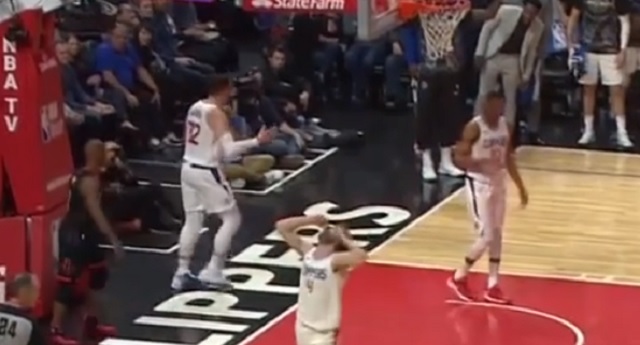 Chris Paul wanted out from L.A. last offseason after reportedly being in a power struggle with teammate Blake Griffin.

Austin Rivers, whose father, Doc, coaches the Clippers, said there was a power struggle between Blake Griffin and former guard Chris Paul.

“The dynamic with Blake and Chris was weird. I don’t know why. It was just strange,” Rivers told Sports Illustrated about Griffin’s reconciliation with the organization after Paul was traded to the Rockets. “No one knew who the leader was, and if you had something to say, it would turn into an argument. I think people were sometimes scared to say something to Blake, because you didn’t know how he’d react. [Now] he’s a whole different person, more approachable, and I think it’s because we’ve embraced him. We know who our leader is. We’re all-in with Blake Griffin.”

Tonight, Paul and Griffin met for the first time since CP3 left the team and things have been chippy with the two throughout the night.

Watch as Paul calls Griffin “a bitch” after Griffin complained to the refs about a missed foul call.

The Clippers-Rockets rivalry is going to be extremely petty and great. I love it.