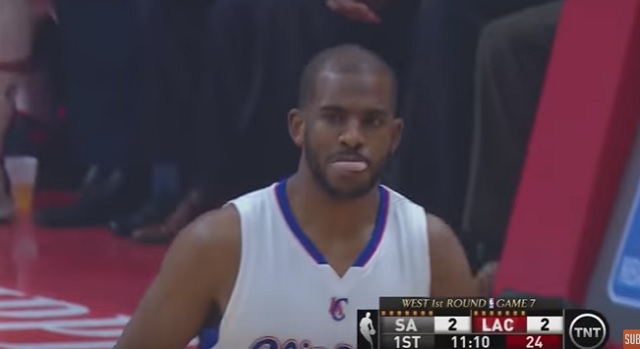 Last night, President Donald Trump called for “son of a bitch” NFL players to be fired for protesting during the national anthem while speaking at a rally in Alabama.

… trump taking a veiled shot at colin kaepernick, says owner should say: "get that sonofabitch off the field right now… he's fired!!" pic.twitter.com/ttbOd0VrPG

Trump’s comments has drawn the ire of several high profile NBA and NFL athletes including Rockets star Chris Paul who thinks the President isn’t man enough to call players a “son of a bitch” to their face.

With everything that's going on in our country, why are YOU focused on who's kneeling and visiting the White House??? #StayInYoLane

It’s been an interesting Saturday to say the least.