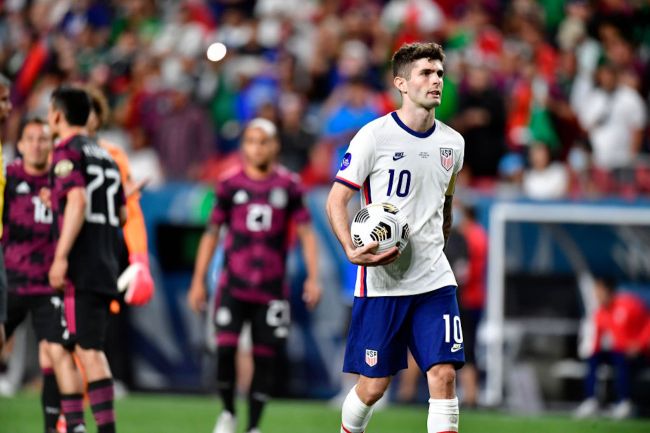 International football is, put simply, the best. There’s just nothing in sports like the pride and passion that comes from representing your country. In fact, the Euros start on Friday and I absolutely cannot wait. It certainly helps that my beloved Azzurri is opening the tournament and playing in the first match.

Now, while the CONCACAF Nations League is nowhere near as prestigious as the Euros — this was actually the first year of the tournament — it was a crucial competition for the United States Men’s National Team all the same, as the program continues to work towards the bright future that the team’s talent suggests it will have.

Tied 2-2 at the end of regulation, the United States took the lead in the 114′ minute thanks to a gorgeously clutch penalty kick from team captain and Chelsea winger Christian Pulisic.

And while Pulisic’s actual penalty kick was certainly impressive, it was perhaps his explanation of the shot that was even more indicative of what kind of player he’s becoming and what kind of team the USMNT might yet be.

"I'm so proud of this group, we needed everyone today and it was a phenomenal performance"@cpulisic_10 on the @USMNT's performance 🇺🇸 pic.twitter.com/37e5L4lti7

“I said I’m gonna go out swinging so I’m just going to put this top bins and I’m going to go for it. And sure enough, it went in.”

That, my football-loving friends, is the response of a Champions League winner with the utmost confidence in his ability in a high-pressure moment against your nation’s primary rivals. That’s an explanation from a man who knew he’d score the game-winning goal. That’s the analysis of a footballer who knows he’s world-class, which is something that the USMNT has never truly had before.

This is a United States team with the talent to bring the program to places it’s never been. Last night was the first step in that journey.

The USMNT can next be seen on Wednesday, June 9 when they take on Costa Rica in an international friendly.