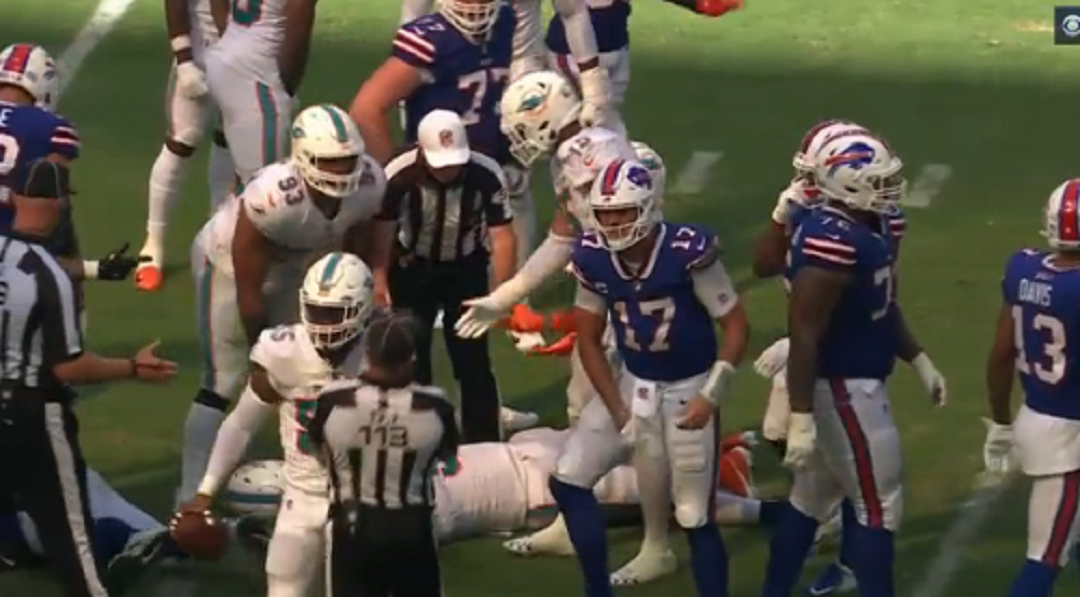 Dolphins’ Christian Wilkins has been punished for his actions in the team’s game vs. the Bills.

On Sunday, Bills QB Josh Allen freaked out and pulled Christian Wilkins’ helmet off his head.

While making his case to the refs, Allen appeared to accuse Wilkins of grabbing his crotch while in the pile.

NFL officials have checked the video, and appear to agree with Allen because they fined Wilkins $13k for his actions.

#Dolphins DL Christian Wilkins was fined for $13,261 for unsportsmanlike conduct in the same fracas where #Bills QB Josh Allen ripped off Wilkins’ helmet last week. No flag was thrown on Wilkins.