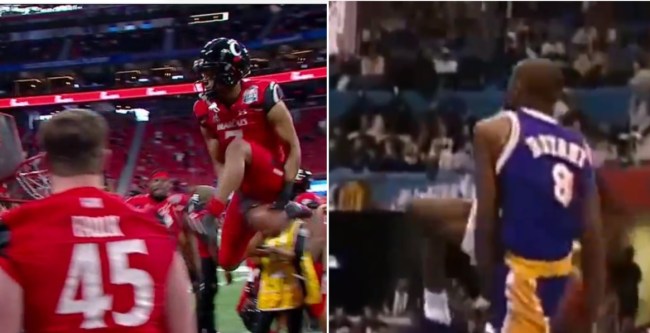 During Friday’s game between Cincinnati and Georgia, Bryant was able to intercept a ball in the first quarter of the game.

After the interception, Coby, who was named after NBA legend Kobe Bryant, honored his namesake by dunking on a sideline hoop.