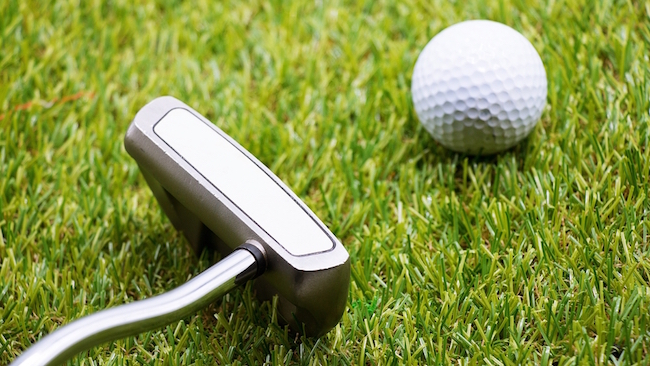 I fully admit they’re the most shameless gimmick in the world, but I am an absolute sucker for halftime shooting contests in every shape and form. Some people might use the break to grab a soft pretzel with cheese (the GOAT stadium snack) or order the maximum number of beers you’re allowed to buy at a time, but if I hear someone’s going to have the chance to overcome absurd odds for some sort of prize, my ass is staying in my seat.

Even if I’m not there in person, shooting contests manage to give me an irrational amount of delight. There’s nothing like watching someone freak out after winning a ton of money by sinking a bucket from half court or hearing an entire arena erupt over getting a voucher for a free sandwich. Sometimes it’s the simplest things in life that bring us the most joy.

Over the weekend, Clemson student Christopher Carns had the chance to line up on the baseline during halftime of the Tigers’ game against Louisville and attempt to sink a putt across the length of the court (which amounts to a 94-foot shot).

With $10,000 on the line, Carns stepped up to the ball and knocked it down the hardwood without even bothering to take a practice stroke.

It turns out he didn’t need one.

In November, PGA player Jeff Overton sent a family of four to Myrtle Beach after sinking a shot of the same length during an Indiana Hoosiers basketball game, but I think it’s safe to say this attempt was a bit more impressive when you consider the higher stakes (and Carns’ lack of a tour card).