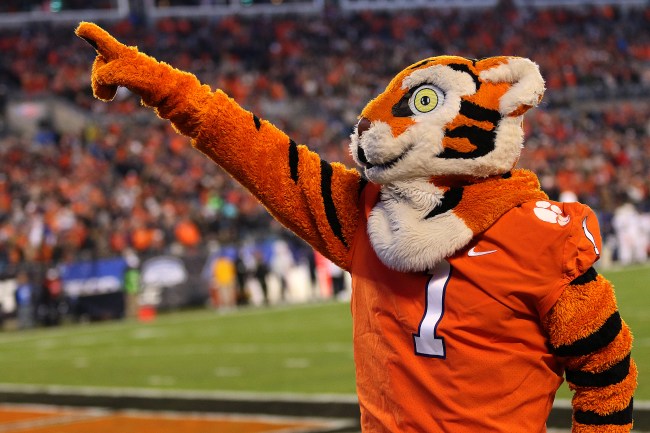 Both Clemson and LSU are both represented by Tiger mascots unfortunately the Clemson Tiger is looking pretty raggedy these days.

My boy say the Clemson mascot head came from Wish

The Clemson mascot looks like Tony the Tiger on heroin pic.twitter.com/tK4mx71C0n

Clemson….you desperately need to step up your mascot game. pic.twitter.com/2Mm5IW7CjL

For all the things that Clemson has going for them, they have the worst looking mascot in college sports. TF is this dollar store craft project? #NationalChampionship #LSUvsCLEM pic.twitter.com/sd4LOMYuP9

After turning on the national championship game on Monday the 13th I thought bad for The Clemson Tiger. It seems that the University purchased their mascot costume from the clearance rack from TG&Y in 1981. All proceeds will be mailed to the Clemson University Athletic Department at the conclusion of the fundraiser.
GO LSU!!!

So far the GoFundMe has recieved over $400 and is continuing to rise. Hopefully the Tigers mascot has enough money to buy himself a new outfit before the end of the game.