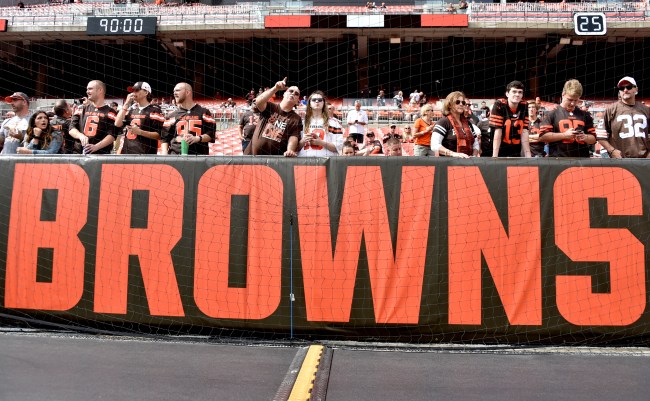 The Cleveland Browns were one of the most hyped teams coming into the season after trading for superstar wide receiver Odell Beckham Jr. in the offseason but they’re offense struggled mightily in the first half of their opening game against the Titans.

Browns have had some really untimely drops setting up 3rd and longs. That + the stupid penalties have crippled them.

Need to clean up those two areas, as the Titans offense has done nothing without their help.

As the Browns headed to the locker room for halftime fans in the stands booed to the team off the field.

Browns getting booed off the field at the crib after the first half of the first game. Expectations, I tell ya.

Browns getting booed off the field at halftime. Cleveland fans were expecting a lot better than this.

Browns got booed off the field going into halftime… pic.twitter.com/qfZYImkUW5