Earl Thomas Is Rumored To Be Joining The Cleveland Browns, Too, And Twitter’s Mind Is Absolutely Blown 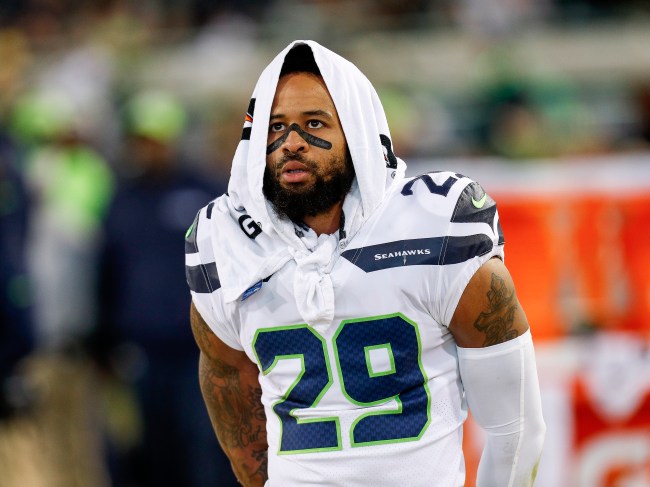 The Cleveland Browns shocked the entire NFL today when the franchise traded a first and third-round pick, along with safety Jabril Peppers, to the New York Giants for All-Pro wide receiver Odell Beckham Jr. The swap reunites OBJ with his former college teammate and good friend at LSU, Jarvis Landry, along with his receivers coach, Adam Henry.

But, according to rumors, the Cleveland Browns aren’t done yet, because the team that won just one game in two seasons (2016 and 2017) is reportedly close to signing future Hall of Fame safety Earl Thomas. While nothing is imminent, Jason LaCanfora said that the Browns are “feeling good” about their chances of adding the six-time Pro Bowler.

Browns feeling good about the chances to land Earl Thomas. Not sitting back at all. Then stack depth by taking best player available through the draft and get used yo hosting prime time games again. It's on in The Land

Again, the news isn’t confirmed, but the rumor alone has Twitter in an absolute crazed state of mind, with people going nuts over the fact that the Cleveland Browns, potentially, just added two perennial All-Pros in a matter of two hours. Some are even calling the team’s general manager, John Dorsey, an absolute genius.

Here’s what some of Twitter is saying regarding the rumors about Earl Thomas joining the Browns. Remember, these are just rumors, but it’s safe to say social media is excited about the possibility of it happening.

If the browns get Earl Thomas just cancel the NFL

If the Browns get Earl Thomas, I’m an automatic fan

KD after Earl Thomas signs with the Browns pic.twitter.com/nwDjdGuwas

If The Browns sign Earl Thomas I am clocking out of life until May.

Me waiting to see where earl Thomas lands pic.twitter.com/2TPNST4Sdt

Now if the browns get Earl Thomas. Idc I’m on the wagon I’ve met the requirements.

Me laying in bed at 3 in the morning looking at these fresh Earl Thomas rumors an hour after the OBJ trade pic.twitter.com/N7utzWWNCr

Me if we top the day off by signing Earl Thomas #Browns pic.twitter.com/cqJ928SLvW

And they're about to get Earl Thomas!? Dorsey is a mad man. https://t.co/v1Qtgahyx2

I wouldn’t be surprised if earl thomas go to Cleveland

The Cleveland Browns have been one of the worst-run franchises in all of sports since they returned to the NFL in 1999. With a franchise quarterback in Baker Mayfield, weapons on both sides of the ball and an aggressive front office led by Dorsey, it seems like the days of being the doormat of the league are long gone.

Stay tuned for updates here as we know more about Earl Thomas and the Cleveland Browns, because, in NFL free-agency, things can change in a matter of minutes. But, if this ends up happening, what a day to be a Browns fan — now if only they could somehow bring back LeBron James.