The Internet Reacts To The NY Giants Trading Odell Beckham Jr. To Cleveland In Blockbuster Deal 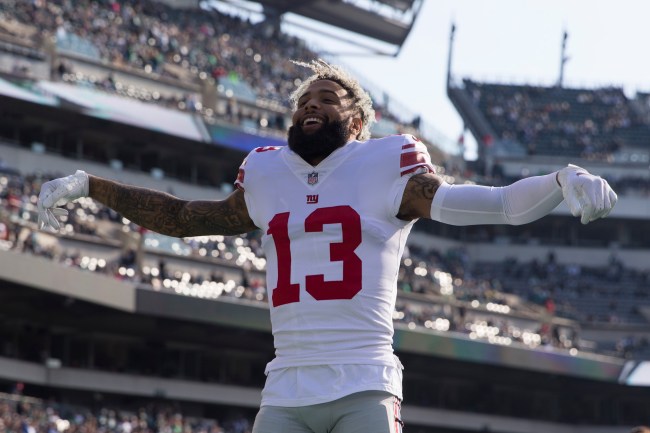 Odell Beckham Jr. is no longer a NY Giant as of tonight.

According to multiple reports Odell has been traded to the Cleveland Browns in a blockbuster deal that includes several draft picks and Jabril Peppers.

Browns fans are obviously stoked while NFL fans are completely shocked at the announcement of the deal.

Giants got fleeced by the damn Browns!!!!!

NY #Giants fans looking at the TV like pic.twitter.com/6gWuRRgJ8W

Not only did the Giants trade Beckham to the Browns, but the Browns traded the moniker of "worst-run franchise in the NFL" to the Giants.

Browns fans when they actually acquired Odell Beckham in his prime pic.twitter.com/tzwRZUZUCg

Lol Giants gave up Odell for NOTHING. pic.twitter.com/W7j7UJ5OCq

The Browns did not just get Odell Beckham Jr… pic.twitter.com/J8Nwrq3B9X