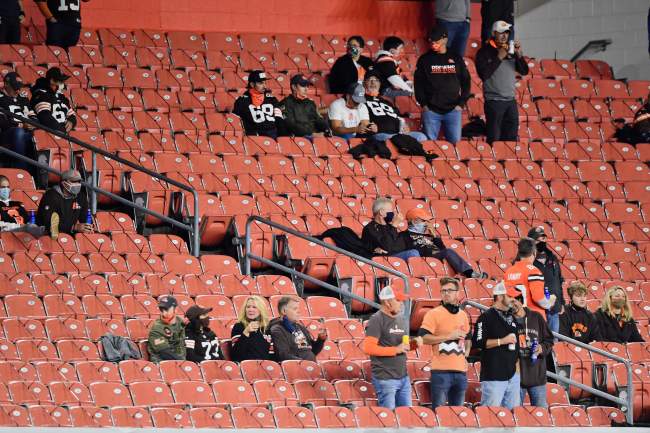 Due to the global pandemic, the Browns organization only allowed 6,000 fans inside the First Energy stadium which is roughly 10 percent capacity.

Grateful to be one of the 6,000 fans there tonight 🧡🤎🏈 pic.twitter.com/wuOw5FPqsz

Despite the fact that there was a limited crowd on hand on Thursday night, Browns fans still found a way to fight each other in the stands.

first fan fight of the year. of course it’s cleveland in the midst of a pandemic 🙂

This kind of stuff only happens in Cleveland.