Cleveland Browns Give Out Shocking Contract to Franchise Tagged Player 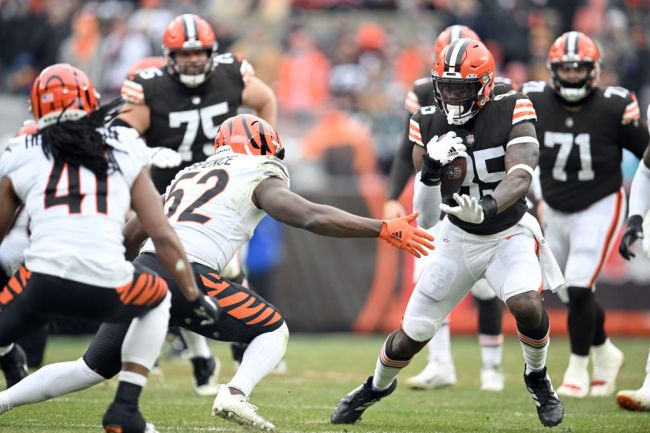 The Cleveland Browns offense has been through quite a bit this offseason. The Browns released Jarvis Landry and Austin Hooper back in March, leaving them without much in the way of receivers after they had already lost Odell Beckham during the season.

Luckily they had already traded for Amari Cooper and franchise tagged David Njoku to ensure their quarterback had somebody to throw to. They just didn’t know yet that the quarterback would be Deshaun Watson. Then things got really interesting when they realized they had no solution for their Baker Mayfield situation.

Now the Browns have made another interesting move on offense. It was reported today that they are giving David Njoku a shocking contract extension.

The #Browns and franchise tagged TE David Njoku have reached an agreement in principle on a large new 4-year, $56.75M contract extension, sources tell me and @TomPelissero. He gets $28M guaranteed at signing on the deal that averages $14.1875M per year, the fifth highest paid TE.

An investment like this in David Njoku is stunning and represents a huge risk for the Browns. The team expected Njoku to be a centerpiece of their offense when they took him in the first round of the 2017 draft, but he hasn’t remotely lived up to that expectation.

In his 5 years with the Browns, Njoku has yet to have a single season that has been particularly impressive. In those 5 seasons, he has only put together a total of 146 catches for 1754 yards and 15 touchdowns.

Even his best career season only saw him reach totals of 56 catches, 639 yards, and 4 touchdowns. None of those are exactly the types of numbers you expect to see from a player who just signed and extension for over $14 million per year.

Without much else in the way of receiving threats, the Browns will certainly need to hope that this contract pays off for them.