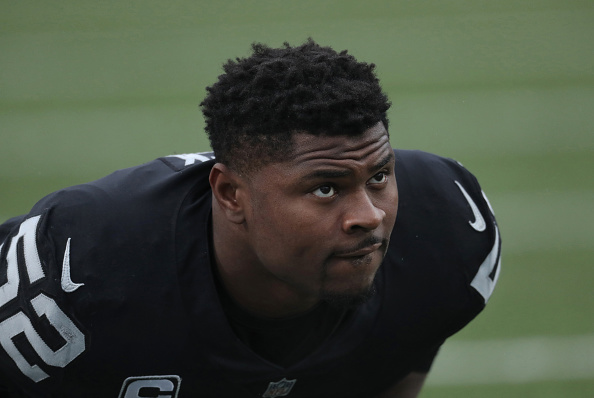 Earlier this week, the Cleveland Browns lost a big piece of their defense when they were forced to cut Mychal Kendricks after he was charged with insider trading by the feds.

Updated with who knew what and when: #Browns release LB Mychal Kendricks, who faces 'substantial prison time' for insider trading https://t.co/IpBSl7BUHr

With Kendricks gone it seems like the Browns are interested in making a move to shore up their defensive by attempting to trade for Raiders’ disgruntled star Khalil Mack who is currently holding out for a new contract.

The Cleveland Browns may not have lost a starter in the news of Mychal Kendricks’ release but they certainly lost a valuable member of their defense. The sudden loss may have sparked trade discussions within the organization as they look to add more pass rush to their arsenal.

Sources have confirmed to The OBR that the Browns and Oakland Raiders have spoken about defensive end/outside linebacker Khalil Mack.

If the Browns want Mack it’s going to cost them.

The #Raiders have received a bunch of calls in recent days about trading Khalil Mack, but other teams have gotten the impression the price would be at least two first-round picks. No sense they‘re motivated to do a deal. @nflnetwork pic.twitter.com/OUsqtMQyKu

What people around the league believe is that to even start the conversation, you’re talking about having to offer two first-round picks,” Pelissero said on Wednesday. “On top of that they’d need to give Khalil Mack a top of the market $20 million-plus per year contract. That is a big price.”

We’ll have to wait and see what the Raiders do with Mack. At this point it seems pretty likely that the team is going to part ways with the defensive star instead of paying him.