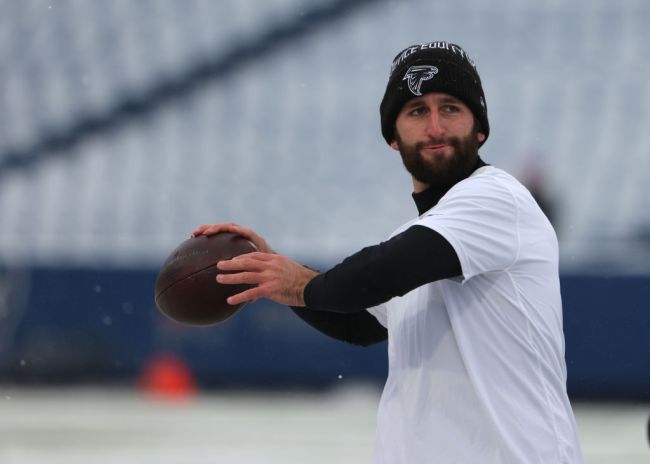 At the end of the 2021 NFL season, there was little reason to believe that the Cleveland Browns would have major concerns at quarterback heading into their next season. They still had Baker Mayfield on his rookie contract and he was going to be back at 100% after offseason surgery.

Then they went and made a massive trade for a quarterback and gave him a fully guaranteed contract and suddenly had a ton of uncertainty at QB. The Browns have since traded Mayfield and still have absolutely no idea what the length of Deshaun Watson’s suspension is going to be.

With the questions at quarterback, it was reported today that the Browns were looking at veteran options to provide some depth alongside Jacoby Brissett and Josh Dobbs and were working out Josh Rosen and AJ McCarron. Now, according to Adam Schefter, they’ve signed Rosen to a one-year contract.

Cleveland is signing former first-round Josh Rosen to a one-year deal, per sources. Despite spending time with five other NFL teams,

Rosen is only 25 years old and those who have been around him believe he is ready to prove he belongs.

Josh Rosen, drafted 9 picks behind Baker Mayfield in 2018, is unlikely to provide much stability at the position. Rosen had an awful rookie season with the Arizona Cardinals before being replaced by Kyler Murray. He then went to the Dolphins in his second season where he had a disastrous 3 starts.

He has only thrown 11 passes since that 2019 season with the Dolphins. 2 of those passes were intercepted.

Now Rosen has beaten out McCarron for this roster spot with Browns and will get to enter a quarterback competition with Brissett and Dobbs. This will likely be Rosen’s last chance to try and get some redemption for his career after being viewed as a massive bust through his first 4 seasons.