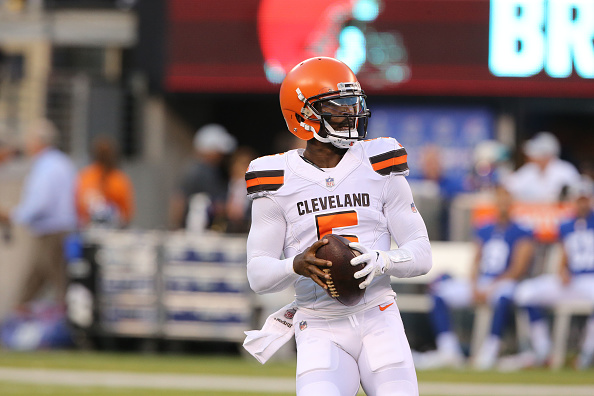 According to Browns’ LT Joel Bitonio, we’ve all been mispronouncing Tyrod’s name for years.

This is how good of a teammate LT Joel Bitonio is. He told me Tyrod Taylor’s name is actually pronounced TUH-rod, not TY-rod. And that while Taylor may be too nice to correct people, HE feels it’s important to get it right. From here on out, I will. #Browns

Of course the good folks on Twitter had hilarious reactions to the revelation about Tyrod’s name.

So the "Ty" is pronounced "Tə".
Yeah, that makes sense. pic.twitter.com/nXX3Hp53NH

That or Bitonio is trolling all of us and trying to get the commentators to call him that every week just to mess with him pic.twitter.com/5jK3O7J0Uf

Although I believe this is his teammates trolling him and watching the media eat it up, there are cases where vowels, including y, make the uh sound. It’s commonly known as the schwa sound. Example: syringe

Hopefully Tyrod clarifies the name pronunciation mystery the next time he speaks to the media.