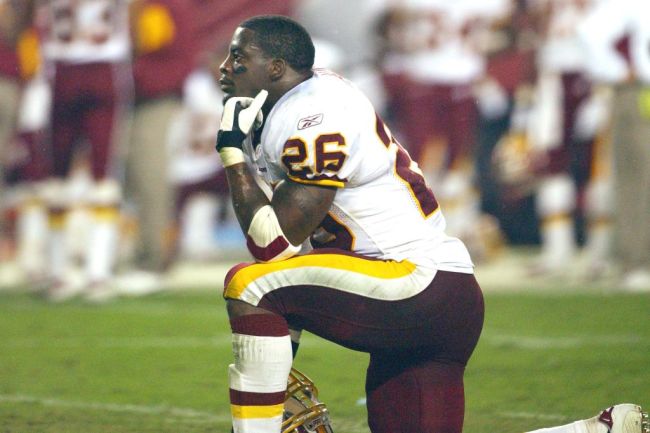 Eight-year NFL running back Clinton Portis could be going to jail for quite some time. The 40-year-old has pleaded guilty to conspiracy to commit health care fraud and faces a maximum sentence of 10 years in prison.

Portis, who made two Pro Bowls with the Washington Redskins, signed a plea deal last Friday. The deal came after a jury could not reach a decision in the criminal trial and will end the prosecution without him standing trial a second time.

He was originally facing up to 20 years in prison prior to the deal.

In the plea, Portis admitted to defrauding the Gene Upshaw NFL Players Health Reimbursement Account Plan. The plan allows former NFL players to be reimbursed for certain out-of-pocket health expenses incurred by the player, his spouse and eligible dependents.

Portis was one of multiple players to be named in the health care fraud scheme and ESPN’s Outside The Lines did a good job of breaking down exactly what happened.

Basically, former NFL players received reimbursement from the NFL for medical and health expenses that were not needed. The Plan is in place for things like evaluations, surgeries, and other medically-prescribed treatment. It reimburses necessities— not electives.

For Portis, his plea deal acknowledges that he made false claims for benefits under the NFL’s Reimbursement Plan. Specifically, he submitted a claim that was seeking reimbursement for a $44,732 oxygen chamber and a $54,532 cryosauna.

Portis received reimbursement of the full $99,264 that he sought from the plan. He will face a fine of not more than $250,000 or twice the gross financial gain from the fraud. That comes in addition to his sentence. Portis will also make restitution of the nearly $100,000 total to the NFL’s Reimbursement Plan.

He admits that he was “aware of a high probability that these claims sought reimbursement for items that were not medically necessary and […] deliberately ignored that fact.”

Portis is slated to receive his sentence in January.