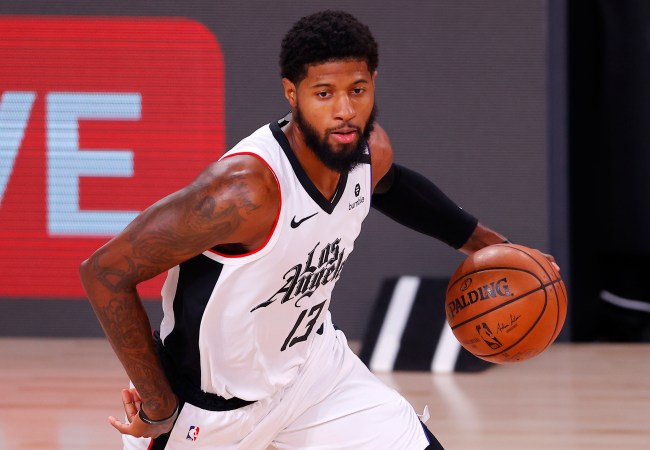 Paul George is having a terrible playoff series against the Dallas Mavericks and Clippers fans are fed up.

George’s game 4 stats were just as bad which led to him getting mocked on the Internet.

Things have gotten so bad for George that Clippers have started circulating a petition to force him to play overseas for the remainder of the playoffs.

they really made a petition yo😭😭https://t.co/dxO64Oo8eR

As for George, he thinks he can still turn things around if he can hit some shots.

If I make shots this serious could be a little different. That’s the obvious of course and that’s just what it comes down to. But give them credit. They’re defending, they’re shooting the ball. Luka is playing phenomenal.

We’ve got to give credit where credit is due but to be honest in hindsight if I shoot the ball better this series would be a lot different.”

The Clippers could be in trouble if George doesn’t snap out of his funk.