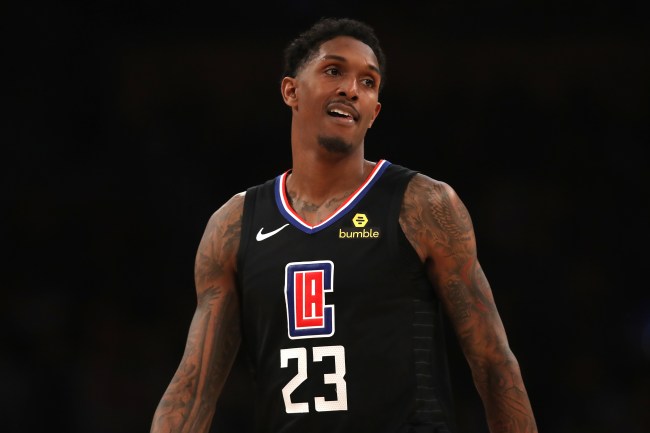 LA Clippers Lou Williams could be in trouble with the NBA.

Earlier this weeK, Williams left the NBA bubble to attend to a personal matter.

During his time outside the bubble, Williams was seen hanging out with rapper Jack Harlow at Magic City strip club in Atlanta.

Harlow would delete the picture and said the picture was “old” but NBA fans determined that it was recent.

Williams has since admitted that he went to the strip club to pick up food and the NBA is now investigating how long he was at the club for.

Reporting with @BobbyMarks42: The NBA is investigating what Los Angeles Clippers guard Lou Williams did while on an excused absence from the Orlando campus, so it can assess the length of his re-quarantining process, multiple sources told ESPN on Saturday.

Williams was photographed at an Atlanta gentleman’s club on Thursday night by the rapper Jack Harlow, who quickly deleted the post from his Instagram story. Harlow tweeted on Friday, “That was an old pic of me and Lou. I was just reminiscing cuz I miss him.”

Sources told ESPN that Williams has been interviewed by NBA security about his whereabouts while he was away from campus, and told them he did go to the Magic City gentleman’s club for a short time on Thursday night

As per NBA protocol, Williams was tested for coronavirus each day that he was away from campus, a source told ESPN. Players are subject to a minimum four day quarantine when they leave campus on an excused absence.

If the NBA extends Williams’ quarantine before returning to the bubble he could lose up to $150k.

Update: Williams wants everyone to know that the best wings in Atlanta are made at the Magic City strip club.

I respect that but magic city and blue flame got the best wings in the city 🤷🏾‍♂️ https://t.co/rKtiNZXiPU