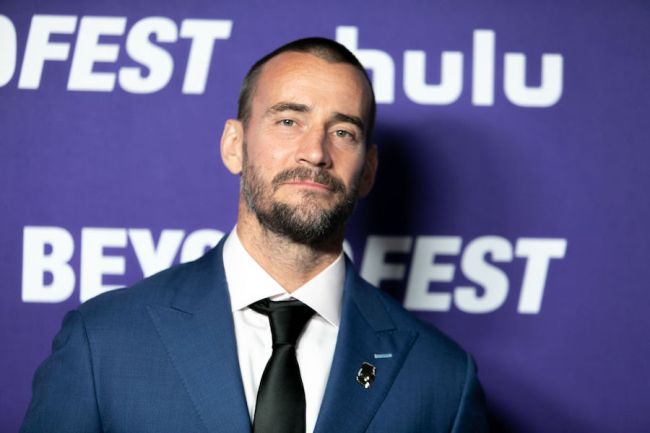 Every company has its favorite employees and the WWE is no exception.

The company has a history of making people stars – whether fans wanted it to happen or not – or suddenly souring on performers for no specific reason.

CM Punk was the guest on Renee Paquette’s new podcast, “Oral Sessions,” and the former co-workers discussed how the obvious double standards inside the WWE.

Paquette, formerly Renee Young, and Punk discussed their time with the company and the double standards when it comes to allowing certain talent to explore opportunities outside the WWE.

Punk brought up former WWE star Zelina Vega being released for keeping her Twitch channel and wonders how Xavier Woods is allowed to lobby for a hosting job outside the WWE but Vega and others can’t have personal Twitch channels.

“So this is where I’ll get controversial, and I’ll piss a lot of people off…

I don’t know Xavier Woods. I met him in Atlanta. He was doing a dark match one time. He came up and asked me for advice, or maybe it was ‘hey, did you see my match?’

I don’t know, and he was always a good wrestler. He could always do everything, but there wasn’t a character for him at that time.

And obviously, he’s become like a pretty big Superstar. And from what I understand, he’s big on Twitch. He’s a big video gamer and all this other stuff.

So I don’t know what’s going on with his Twitch channel. So I don’t want to speak out of turn about that, but I just saw he was petitioning to get a job with G4.

Does WWE get money from that? Why is it okay for him to do that, but Zelina Vega can’t have a Twitch?

That was always my thing, and I think people have labeled me a ‘complainer’ or ‘whiny’ because I would always be the guy that would be like, ‘wait, why is so-and-so able to do this’ because there was always outside interest and not just for me.”

Paquette shared her own frustrations about being with the WWE and possibly sheds light on one of the possible reasons she left the company earlier this year (besides the fact that her husband is one of the faces of AEW).

“That stuff so infuriating. I’ve had so many people say things like that to me since I’ve left too.

‘Oh, we pitched this for you. We wanted you to host a f–king cooking show with wrestlers,’ and I’m like, ‘yeah, no s–t. That would be great.’

Nope, they don’t give it to me. They gave it to Bo Dallas.”

Punk then recalled two specific situations where the company took an acting role away from one wrestler and gave it to John Cena, and how 2K games had to fight to get Punk on the cover of WWE 2K13.

“It was a bachelor party for my buddy Jensen. We went to a pinball factory here in Chicago where they make a lot of the pinball games.

We’re there, and the guy giving us the tour, the guy who owned the factory and all these pinball machines in this company, he was like, ‘yeah, we wanted you on our WrestleMania WWE pinball machine.

Still to this day, I’ll hear stuff like that where people will be like, ‘oh, we reached out, and we had this offered for you.’ It’s like when THQ wanted me on the cover the video game.

“I was forwarded the emails where they said, ‘no, no no. Sheamus, Miz or John Cena.’

To their credit, Bryce, who is the head of All that stuff, he was like, ‘no, no, no. We want CM Punk. He’s like literally the guy right now, and that might change in six months, but we don’t care. He’s the popular guy.'”

Watch the part of the interview below.