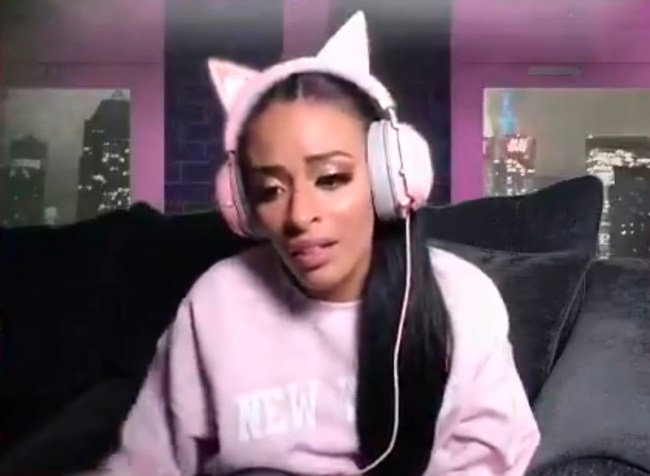 Ten minutes after the announcement, the company announced her release.

Vega’s issue with the company has been brewing for a while and stems from the WWE forbidding talent from using third-party platforms, specifically Twitch.

Mike Johnson of PWInsider spoke to multiple WWE sources and is reporting that Zelina Vega was informed of her release Friday afternoon, possibly before her Twitter announcement.

According to Johnson, “Sources indicate Vega was extremely vocal about maintaining her Twitch account, and some talent within WWE believe she may have been used to “send a message” to others in the company who plan on defying the company’s stance on third party endeavors.”

In late October, Vince McMahon met with various talent – including AJ Styles and Xavier Woods – who tried to change his mind on the company’s stance on the matter. All talks were unsuccessful.

Vega and her husband, WWE star Aleister Black, are both popular on Twitch. Even after WWE put the hammer down about 3rd party accounts, Vega started an OnlyFans page dedicated to her cosplay outfits.

I want to say thank you all very much for the last 3-4 years @WWEUniverse, it was incredible. I would have never have been able to say “this is for you dad” if certain people did not believe in me. I love you all and I couldn’t have done it without your support 🙏🏽 pic.twitter.com/R4fI9r64Vm

The news of Vega’s release got back to former presidential candidate, Andrew Yang. Yang has been vocal in recent months about the WWE’s treatment of talent.

Vega is sure to find work in wrestling once her 90-day non-compete clause ends in mid-February though there’s a chance she could pursue a career in acting. She told Lilian Garcia on a recent episode of “Chasing Glory,” that she nearly quit wrestling before finally signing with WWE. Vega concentrated on acting prior to landing

As for her husband, Black, he’s still with the company and recently requested to be switched back to the NXT brand. NXT talent is still allowed to maintain Twitch and Cameo accounts. Black was denied his request.

UPDATED: The Screen Actors Guild of America has come out in support of Vega.

Hey @Zelina_VegaWWE Thanks for standing strong for labor solidarity. I support you. Please email me PresidentCarteris@sagaftra.org https://t.co/tYEiiFhB9S