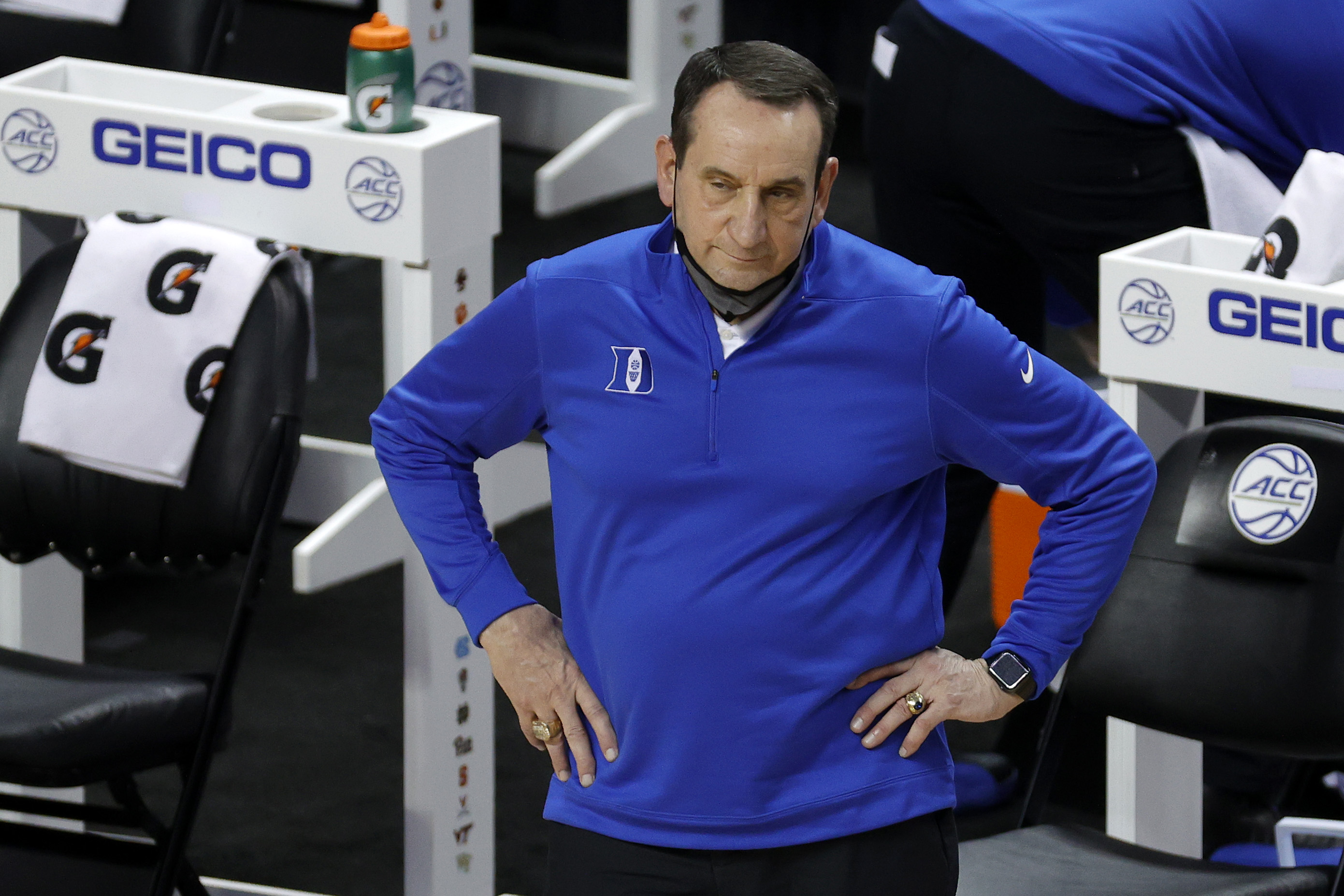 Coach K lost the final game of his career to UNC and college basketball fans loved it.

On Saturday night, UNC’s Caleb Love basically knocked Duke out of the NCAA tournament with an amazing clutch dagger 3-pointer at the end of a tight final four-game.

Not long after the shot, Coach K took his last walk out of a basketball arena as a head coach.

Fans went on to mock Coach K after his final game on social media.

When they tell you Coach K is retiring, and he announced it a year in advance, and he made the Final Four, and then Carolina ended his career…. pic.twitter.com/QwRdgzImDi

Caleb Love showing up in Coach K’s dreams for the rest of his life pic.twitter.com/qZEcgXODOX