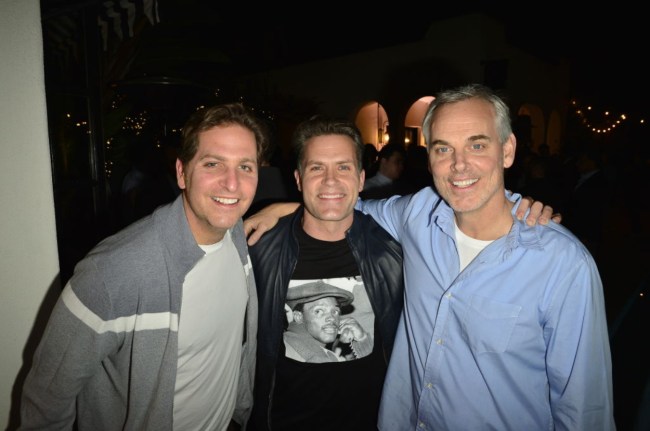 Colin Cowherd, who never attended USC, has been fawning over the Trojans and head coach Lincoln Riley all over social media as soon as the former Oklahoma head coach bolted for Los Angeles. He took things to a whole new level with a tweet on Tuesday.

According to Cowherd, USC is only going to need 18 months before it’s unanimously a better program than Oklahoma.

Cowherd is literally paid to stir the pot and deliver hot takes. He knew exactly what he was doing with his latest tweet about Riley, the Trojans, and the Sooners, but that doesn’t mean his opinion should just be accepted.

Feel bad for @OU_Football USC gonna need about 18 months and they’ll be flying past em, around em, over em. This recruiting class will be other worldly. Best offensive HC in college w these weapons. Can’t quit smiling

Most college football fans can agree that USC football will be better this season, and will be fun to watch for the first time in quite a while with Caleb Williams under center. It’s Cowherd’s statement about Riley being the “best offensive head coach in college with these weapons” that has quite a few fans angry in the comments.

Riley had plenty of weapons during his five seasons in Norman and mentored two Heisman Trophy-winning quarterbacks. While that’s true, so is the fact that he was never able to take the Sooners to that next step, which is of course a national championship. Riley posted a record of just 2-3 in bowl games overall.

Let’s also not act like Brent Venables and the Sooners are going to take some sort of giant step back this season. Oklahoma is still a member of the Big 12, last I checked.

Cowherd has every right to be excited for the upcoming USC season, just like college football fans have every right to clown him on Twitter for his hot take:

@ColinCowherd proving more what a delusional idiot he is. His man crush on @LincolnRiley is creepy. Colin, Lincoln had many 5⭐️ California recruits at OU & we got statistically worse. We lost a game annually we should’ve won & barely won games we should’ve won by blowouts. Chill. https://t.co/iojqZiKUwm

“Best” offensive head coach who couldn’t ever get it done. I firmly believe that @OU_Football would have had the same success without @LincolnRiley, possibly more. There were problems at the top, and those problems are now in LA. 🤷🏼‍♂️ Can’t wait to bring this tweet back in 18 mo. https://t.co/5mpmTLHnm6

I just don’t get this comment. There’s a lot here and it’s just off. Be better @ColinCowherd “feel bad” https://t.co/IDCEAkskiy

Yeah winning the Pac 12 in football isn’t a hard feat to do. Lincoln probably will make the playoffs just like he did at OU but will continue to show that he can’t beat the SEC when it counts. https://t.co/Jdh7PWP1Iq

Colin choose violence by tagging Oklahoma in this https://t.co/2UDp8s1f8Z

I'd be feeling bullish too after such a historic 2021 season. https://t.co/wKZM81Q0j0 pic.twitter.com/dHz6cCCfmo