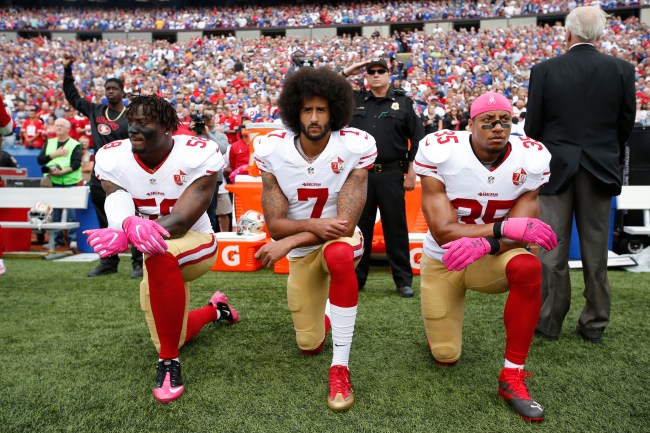 Former San Francisco 49ers quarterback Colin Kaepernick has been vocal the past few days in support of the protests taking place in Minneapolis following the tragic death of George Floyd at the hands of police officer Derek Chauvin.

When civility leads to death, revolting is the only logical reaction.

The cries for peace will rain down, and when they do, they will land on deaf ears, because your violence has brought this resistance.

We have the right to fight back!

Kaepernick is now backing the protesters directly and has launched a fund to hire top defense lawyers for people arrested protesting police brutality in Minneapolis.

In fighting for liberation there‘s always retaliation. We must protect our Freedom Fighters. We started a legal defense initiative to give legal representation to Freedom Fighters in Minneapolis paid for by @yourrightscamp

For representation or to donate https://t.co/q0pzAObCiG

Floyd’s death is an example of the police brutality against African-Americans that prompted Kaepernick to begin protesting in 2016.