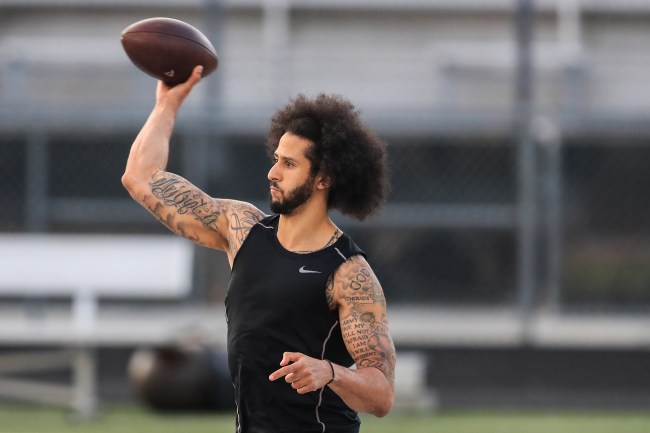 After much drama, Colin Kaepernick’s workout finally came to fruition.

On Saturday afternoon, Kaepernick abruptly decided to change locations of his workout in Atlanta after he claims the NFL wouldn’t allow him to have media present and tried to get him sign an “unusual” liability waiver.

Colin Kaepernick’s workout at the Falcons’ training facility at 3 pm is off; his workout now will be at another Atlanta location at 4 pm today.

Here is the official announcement: pic.twitter.com/d9dIfJSbY3

A few things triggered the move of the Kaepernick workout:

1.) There was a significant problem with the type of waiver #NFL requested. Kaepernick agreed to sign a normal Pro Day injury waiver. NFL asked for a more complex waiver with clauses about non-guarantees of employment.

3.) When #NFL refused to allow Kaepernick to tape the workout and control their own copy, Kaepernick asked that media be allowed into the workout to view/record the session. NFL said no. That’s when Kaepernick felt the league refused to be transparent and asked to change venues.

Kaepernick showed up to the new venue with Bruce Ellington, Eric Reid, Brice Butler, Ari Werts, Jordan Veasy to catch for him.

During the workout, Kaepernick showed OFF his mobility with quick rollout plays and arm strength as he threw several deep passes to his receivers

Nice throw off the roll out for Kaep. pic.twitter.com/xQ2FH0zFNt

After the workout was over Kaepernick reportedly told the scouts to tell their owners “to stop being scared”.

Kaepernick thanks scouts from Washington, New York Jets and Kansas City and says: “When you go back, tell your owners to stop being scared.” pic.twitter.com/UMLSrIcn09