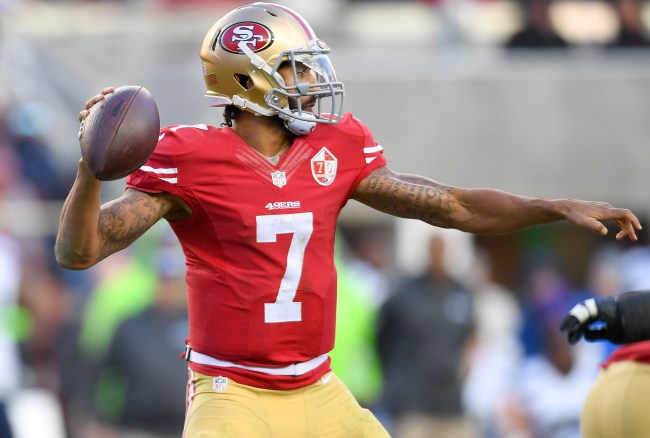 Colin Kaepernick is still working out and trying to get back into the NFL.

All summer long, Kapernerick has been releasing videos of his workout regime in an attempt to convince a team to sign him.

Today, Colin released video a private workout he had with Odell Beckham Jr. back in July and the veteran QB still looks sharp despite not having played professional football in two and a half years.

Colin Kaepernick has been out of the NFL since the end of the 2016 season, but he remains in tip-top shape and waiting for a phone call.

The veteran quarterback is still working out daily and hoping to get a second chance in the league.

That led the 31-year-old quarterback to contacting Odell Beckham Jr. and having a private workout with the star wide receiver as he fired off accurate pass after accurate pass.

It seems like players have been more vocal about wanted Kaepernick to get another shot. Just yesterday, Texans superstar wide receiver talked about how he was angry his team didn’t call Kaep a few years ago and how he beleives the former 49ers QB should be in the league.

“Yeah, I was upset,” “Everybody needed to give Kaep a look. He can help a team win. I’ve seen a lot of quarterbacks that’s not as good as Kaep, but teams don’t want the heat behind them.”

YES!!! Thank you @deandrehopkins, for supporting @kaepernick7 ❤️ DeAndre is wearing the original  #imwithkap jersey ✊🏿 We never forget the love!!! Via https://t.co/Y6lQpHjiaE: And when the Texans opted not to give Kaepernick a look. Hopkins said… https://t.co/DgVwJIgP1i pic.twitter.com/GRfT1TMqaI

At this point, it’s still highly doubtful Kaepernick will ever get another chance to play in the NFL again.