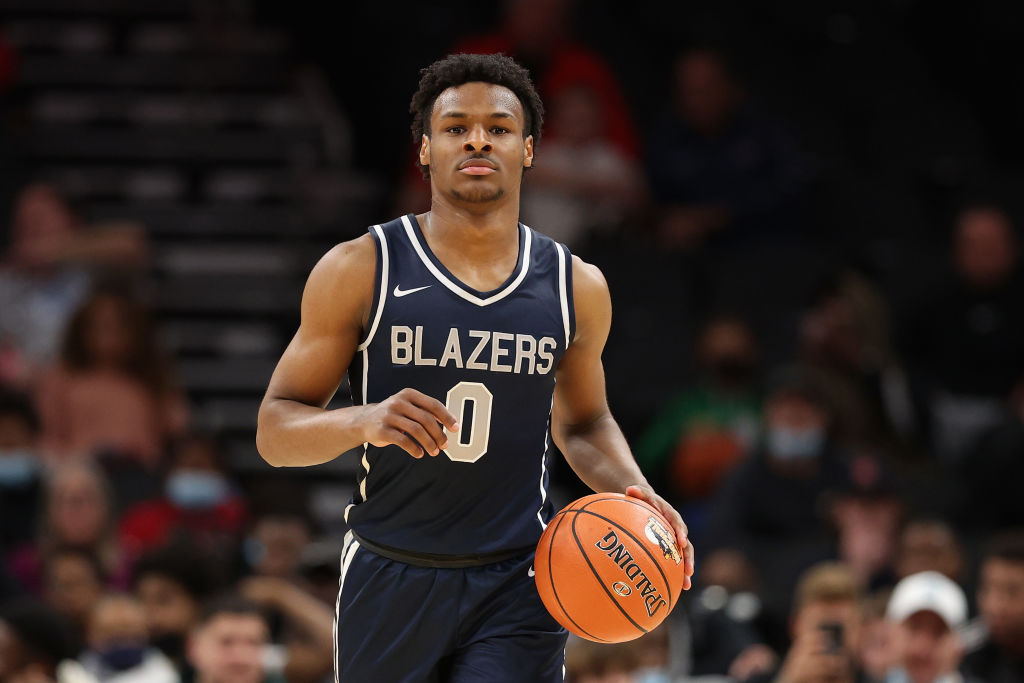 It might take a while before Bronny James becomes an NBA-caliber talent, according to various college basketball coaches.

The Athletic spoke to several anonymous college basketball coaches around the country, and the consensus was that while Bronny is good enough to play in college for nearly any school that he wants, he’s not a generational talent, and it will take a lot of work for him to make it in the NBA.

“The expectation doesn’t match the talent level, or at least not yet,’’ one coach says. “And that’s where it gets messy.’’

“Coaches and scouts who have actually evaluated — and not simply gawked at — his gam,e like his athleticism and how he gets downhill; they say he’s got a good enough shot that he could play either point guard or shooting guard in college.

To a man, they cite his high basketball IQ as a strength. “Plays the game the right way’’ comes up more than once when evaluators are asked about him. He makes the right passes, the right reads and happily plays in the context of the game. For a basketball scion, he is an exceptionally good teammate.”

According to the anonymous coaches, it will take Bronny 2-3 years of elite college basketball play before he’s NBA ready and it’s not guaranteed that he will develop into an NBA-caliber player.

“Most coaches and scouts who spoke to The Athletic say Bronny might not be NBA-ready after two or even three years,”

“He might develop into an NBA player, but the consensus is that it will take time. They say he needs reps against other high-caliber players to succeed, to fail, to adjust, to grow.

“That was how Jalen Brunson (Villanova), Corey Kispert (Gonzaga), Malcolm Brogdon (Virginia), Ochai Agbaji (Kansas) and many others got to the NBA, but they question whether that pathway would sit well with Bronny and his family.”

LeBron has stated that he wants to play with Bronny in the NBA when his son is eligible for the draft.

LeBron James says he wants to play with his son Bronny James in the NBA pic.twitter.com/TKClN5ADIL

It seems like LeBron might have to wait a bit before Bronny develops into an NBA talent.