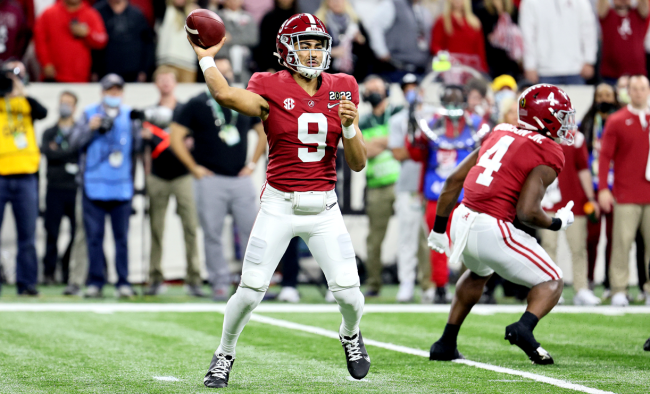 There may be no other sport with more fans who are more passionate about their teams than those of college football. They also may be the most opinionated, most myopic and loudest, all of which usually just serves to make following the sport more fun.

So, when a college football expert over at 247Sports.com published his rankings of the top 25 college football quarterbacks heading into the 2022 season, naturally, there was some disagreement.

The top five college football quarterbacks for 2002, according to the list, are (1) Bryce Young of Alabama, (2) C.J. Stroud of Ohio State, (3) Caleb Williams of USC, (4) Dillon Gabriel of Oklahoma, and (5) K.J. Jefferson of Arkansas.

Who do y'all think should be higher? 🤔

Any list such as this is guaranteed to rustle some jimmies and, of course, this was no exception. How many of the comments were real and how many were just one college football fan trolling the fanbase of another is unknown. Either way, it’s very entertaining.

“Where is DJU??” asked another, referring to Clemson quarterback D.J. Uiagalelei.

“#3-9 being in front of TVD is comical. But carry on…” someone else wrote, referring to Miami’s Tyler Van Dyke.

“Serious question, how does Ewers go from 3rd string at OSU, to a Top 20 in the Country??? He has NO meaningful reps as a College QB. Why is he even ranked here???” pondered another fan.

“I don’t understand the media love and fascination with Spencer Rattler,” another questioned.

“Maybe you should have to have had one start to make the list? Lol,” laughed another.