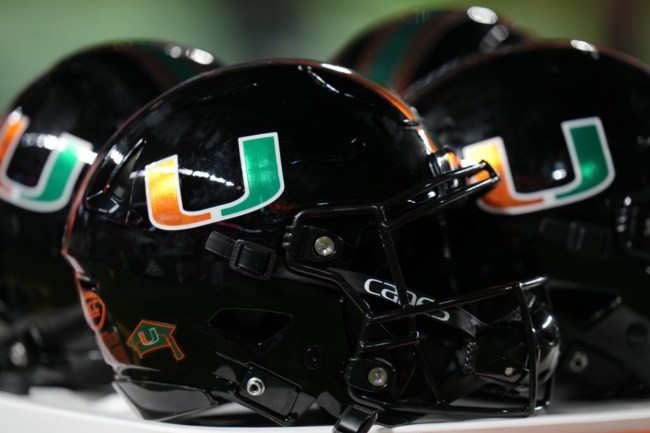 Mario Cristobal was officially introduced as the head football coach at Miami on Tuesday. While the Hurricanes going out and getting their top target in Cristobal is the main story in all of this, it hasn’t exactly been a ‘normal’ past few days for the Miami football program.

Whether you thought Manny Diaz deserved another year as head coach or not, most would agree that Miami did Diaz rather dirty. The ‘Canes essentially left him hanging in the balance while they sent Cristobal an offer. If Cristobal accepted, Diaz was out, if he didn’t, he would presumably remain the head coach.

Then you have the money aspect of all of this, as in, where was Miami getting the funds to pay Cristobal a lucrative deal and the rest of the staff he brings on? We now know that the football program will be receiving a large financial supplement from the University of Miami Health System.

That’s certainly not the most traditional route of acquiring funds, but here we are.

Miami Wants To Keep A Secret

How did all of this come about, though? What was the process like between offering Cristobal, hiring him, and firing Diaz?

The athletic department wants to keep that a secret as the media was asked not to ask Cristobal about his hiring process.

Miami tells media to not ask Mario Cristobal about the process of him being hired.

Everyone wants to know what the hiring process was like, and Miami’s athletic department knows this. The fact it wants to keep it under wraps is suspect, to say the least.

College football fans were quick to call out the program for its ridiculous request.

So they are asking reporters not to do their jobs…got it. https://t.co/rWT1u4tk6j

Lolololololol " nothing to see here, move along people" https://t.co/hlgRJxWfJF

That media room should agree to only ask that single question. https://t.co/dAymtIAlAe

Lol. Who cares how it happened. It’s a business. But now this makes it look “suspicious”. https://t.co/LOgoiLRp0m