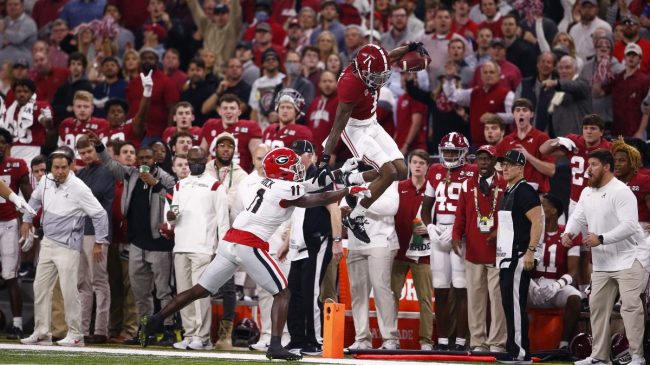 The College Football Playoff has been at the center of attention in the sports world in recent weeks. First, it stole headlines with news of an expansion from four teams to 12.

That change will likely begin in 2026 and was largely celebrated. Though fans were split in their opinions of the move.

Then news broke that the tournament could leave ESPN following the expiration of its contract in 2024. Though the network has said it is open to sharing rights to the College Football Playoff with other networks and streaming services.

The CFP was once again back in the news on Thursday afternoon. But this time it was for a much more immediate change, and fans were all about it.

In recent years, the national championship game has had a late kick time to accommodate both the east and west coast. Alabama and Georgia kicked off at 8:16 p.m. this past year. While Bama and Ohio State kicked off at 8:15 in 2021.

With all the stoppages and ad breaks, the game typically rolls on past midnight and into the wee hours of the following morning.

Fans up and down the east coach immediately celebrated the decision.

Glorious news for old folks (me included) on the East Coast https://t.co/9yoOEFliv1

Though the new 4:30 p.m. PT kick could be tough on the other side of the country.

And the game is at SoFi, which means a 4:30 local kickoff on a Monday in Los Angeles. Crowd will be half-empty until the 2nd quarter. https://t.co/QLaCAWTnCK

Most fans, however, loved the change.

What a great move by ESPN. It's better that 100 percent of the country is up for the end of the game instead of the beginning https://t.co/JOCcwQpMvZ

The West coast may be the best coast, but it’s clear who runs the college football world.