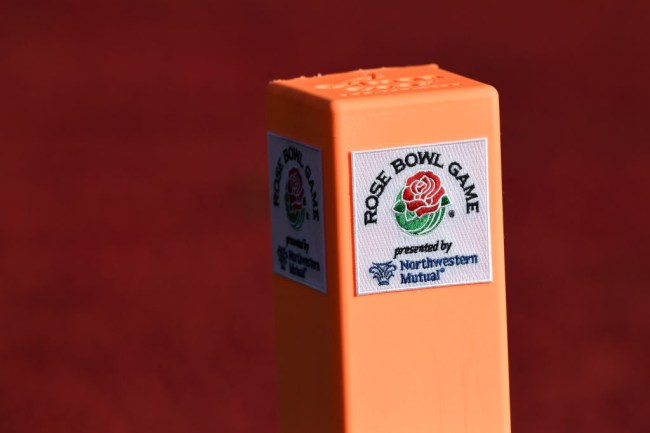 Heading into the sixth edition of the College Football Playoff, most would agree that the new-look national championship finder has been successful.

The goal of the Playoff is to of course find the best team in all the land and it’s done a pretty solid job of doing that over the years. With that being said, just like with anything else, there are things to complain about when it comes to the Playoff.

The biggest argument and issue most people have with the current system is that it’s just four teams and expanding it to eight teams could make a lot of sense. While that’s the key complaint, there’s another issue with the Playoff that may be being overlooked by some, and that’s the scheduling.

Think about it, the two biggest football games of the season are being played on Saturday just three days after Christmas. A good majority of folks around the country will be traveling on that day and will likely miss out on watching at least one of the two games and in some cases even both.

The die-hard college football fans will find a way to watch both of these games, but for the casual fan that maybe only tunes into the College Football Playoff games and Super Bowl every year, well, that’s going to hurt the ratings.

While the semifinal games being three days after Christmas is an issue in itself, the 16-day gap between the two semifinal games and the national championship game on Jan. 13 doesn’t seem too ideal, either. The game being on a Monday is normal, but the 16-day stretch is lengthy.

Why the 16-day break between games? Why are the semifinal games not on New Year’s Eve like they were in 2015 and 2016? Why don’t we just make it a tradition to play these games on New Year’s Day, like we saw in 2015 and 2018? Why the hell am I not able to watch the semifinal games this year because I’m stuck in a car with family or in a metal tube flying at 500 mph through the air at kickoff?

The fact that there are nearly 487 bowl games nowadays, most of which are broadcast on the major networks, can take a bit of the blame, but there’s one single game that truly alters all of this.

Pete Thamel of Yahoo Sports wrote an in-depth piece about all of the issues surrounding the CFP scheduling, but he points out that the Rose Bowl’s contract that runs through 2026 is the biggest factor when it comes down to it.

The simple answer to revive the middling ratings of semifinal games is complicated in execution. That would be making the semifinals a New Year’s Day tradition. But the Rose Bowl’s contract has that late afternoon time slot boxed out until 2026.

Jamming the Rose Bowl contract with ESPN through 2026 before agreeing to go to a four-team playoff was a legacy financial muscle flex by outgoing Big Ten commissioner Jim Delany. The late SEC commissioner Mike Slive responded by spearheading a mirroring Sugar Bowl deal in the New Year’s Day night slot, as to not be completely outflanked. Those games are either honoring tradition or holding up progress, depending on where your allegiance and bank accounts lie.

“If you ever get the Rose Bowl out of their circumstance, then the games would be on Jan. 1,” said a Power Five athletic director. “Really, they’re the ones. At some point in time you have to say, ‘You can’t hold up the train.’”

This, of course, explains why the semifinal games in 2015 and 2018 were played on New Year’s Day because one of the semifinals was the Rose Bowl game.

At the end of the day, college football will be played and most of us will tune in. Maybe we all just need to suck it up and watch the four best teams in the country do battle but at the very least, there’s no denying the situation at hand is a bit annoying.