If Oddsmakers Are Right, The College Football Playoff Selection Committee Could Have A Big Issue At The End Of This Season 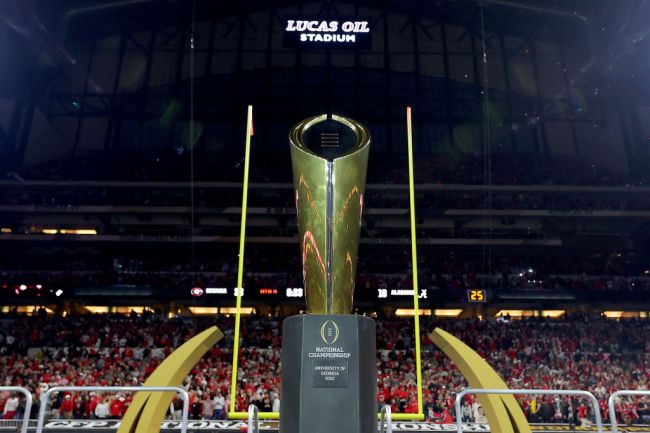 Fans are still a few weeks away from getting to see the first college football action of the season, but there already be an issue brewing for the College Football Playoff’s selection committee.

The committee was able to avoid controversy late last season when a few key teams picked up losses, making it very clear who the 4 teams were that should have a place in the playoff, even if it meant they had to allow a non-Power 5 school in.

According to oddsmakers, their decision may not be so clear at the end of this season as there are currently 6 teams who are projected to be the favorite in every one of their games this season.

Six schools projected to be favored in every regular season game:

Unfortunately for Air Force, it’s unlikely they’d follow in the footsteps of Cincinnati’s 2021 team even if they do manage to go undefeated. They don’t have a game on their schedule that looks like it could catapult them into a playoff spot with Boise State currently likely to be their toughest test.

However, the other 5 teams could make things very interesting. Alabama and Georgia, of course, can’t both finish undefeated as they would meet in the SEC Championship game, but that wouldn’t necessarily stop the committee from picking them over an undefeated Utah or Oklahoma.

That also doesn’t even account for the possibility of an undefeated ACC champ or BYU further complicating things for the committee.

Of course, we see teams lose in massive upsets every year in college football, but if we see all of these teams make it through the regular season without a blemish on their record, the playoff’s selection show could be very interesting this year.