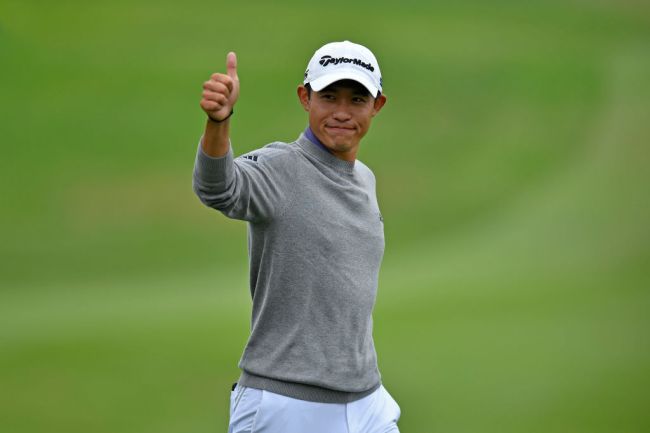 Reviews and comments about HBO’s Tiger Woods documentary ‘Tiger’ have made the rounds on social media and in golf circles and now tour pros are being asked their opinion about the doc.

Collin Morikawa, who was only two months old when Woods won his first major in 1997, was asked about the documentary during a press conference ahead of the Dubai Desert Classic. While most probably assumed Morikawa had seen the documentary by now, the 2020 PGA Championship winner explained that he hadn’t seen it and doesn’t really have plans to.

You know, I’ve seen the comments. I’ve seen the highlights. You know, I wouldn’t say there’s an interest. I’ve grown up watching Tiger my entire life, and all I could dream about when I was a little kid was to be able to play with him when he’s on the PGA Tour, and I’ve made that dream a reality and I’ve gotten to know him off the course.

So for me to have a personal connection aside from golf, and actually get to know him, and talk to him, you know, not just about golf but about anything else, that’s all that matters to me.
You know, we all know the history of what happened. Facts are facts. But for a Tiger documentary, unless he was going to be the one narrating it, I really have no interest.
And for me to be able to ask Tiger personal questions, face-to-face, about golf, sports, family, whatever it may be, that’s all that matters to me. I’ve idolized him and he’s been a role model or a huge reason why I’m here today.
So you know, from what I have seen, comments and whatnot, there is no interest for me to watch it.

Related: Collin Morikawa Talks To Us About His PGA Championship Celebration, His Best Buddies On Tour, Where His Motivation Comes From And Much More

Morikawa said that he’s seen the comments about the documentary, and the majority of them have been more negative than positive. His statement about already knowing the history of Woods is the mindset I think a lot of golf fans took into the documentary and their thoughts and opinions of Woods didn’t change after watching the two-part doc.

It’s a great, honest explanation from Morikawa. He wants to get to know Tiger by actually getting to know Tiger, not through stories from former girlfriends and the editor of a gossip magazine.