Collin Morikawa Admits That He Pours His Cereal Like An ‘Insane Person,’ But Isn’t About To Change His Routine 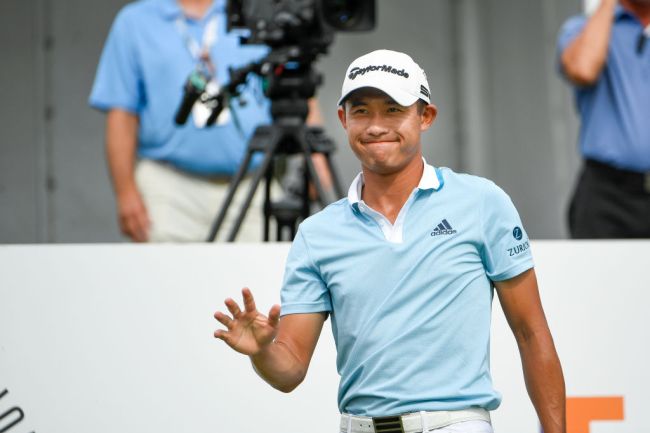 Collin Morikawa is different than most people for a number of reasons. First and foremost, he’s the No. 3 ranked golfer in the world, is a two-time major champion, and has earned over $14 million playing a sport that drives most folks insane. The 24-year-old’s ability to make the game of golf look so easy isn’t the only reason you could call him a ‘freak’ though.

You see, Morikawa is essentially addicted to cereal. We recently spoke to Morikawa about his love for cereal, specifically the good stuff like Cinnamon Toast Crunch, which he’s eaten his entire life. He still craves it today and ate it for breakfast, lunch, and dinner during lockdown, but the thing is, he’s been eating his cereal what the vast majority of people would say is the wrong way.

Every so often you see the debate on social media about the proper way to pour a bowl of cereal. A normal person pours the cereal in the bowl first then follows it up with milk. Collin Morikawa is not a normal person.

Morikawa pours the milk in his cereal bowl first, and explained the reasoning behind the mind-boggling decision.

“I am an insane person to all my friends. I like putting the milk first. It might sound insane to 99.999% of people out there, but hear me out, Morikawa told us. “I like the milk first, you want to keep your cereal crispy. So, you pour the milk, pour as much cereal as you need, and once it starts piling up you know you’ve got a nice bowl of cereal there.

I don’t know, I like more milk and you get more milk that way. You can call me insane, but that’s how I’m going to eat cereal like that for the rest of my life, I promise you. You know what, that’s maybe what I’ll be known for, for how I pour my cereal.”

Morikawa won’t be known for the utterly insane way he pours his cereal, of course, but maybe that’s the secret. Maybe pouring your cereal the wrong way can shave a couple of strokes off of your golf game.