We Talk With Collin Morikawa About His Love For Cinnamon Toast Crunch, The Bizarre Way He Pours His Cereal, And A Little Golf 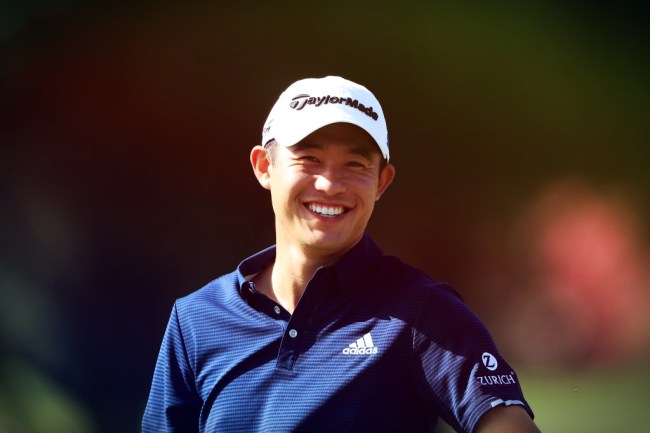 Collin Morikawa may be a two-time major champion and earned over $14 million on the PGA Tour, but he’s still just like most other 24-year-olds out there who love a good bowl of sugary cereal.

Cereal is actually such a big part of Morikawa’s life that he’s had certain cereal names stamped on the back of his wedges in the past. Now, he’s taken his affection for cereal to the next level thanks to TaylorMade and Cinnamon Toast Crunch teaming up to create Cinnamoji headcovers and other golf products, which will be available to purchase via Taylormade.

We had the chance to talk to Morikawa about the unique head covers, just how much cereal he actually eats (it’s a lot), and the very odd way he actually pours his cereal. We also talked to him about the nerve he recently pinched in his back and his outlook on the final two FedEx Cup Playoff events coming off of a rare missed cut at The Northern Trust.

So, just before we talk about some cereal, you missed the cut at Liberty National, which is your only missed cut in 2021 outside of the Zurich Classic. You recently said you pinched a nerve in your back and your swing was off this past week. How’s the back feeling now?

Collin Morikawa: I didn’t mean for any of the back stuff to come out, but for me, it’s not an excuse. I teed it up and thought I could play, and play well. After looking at some swing videos, the back had been fine, it was fine Tuesday and Wednesday, which is the only reason I teed it up. Rotationally and getting back from swinging how I was at the Olympics and in Memphis where I was playing with a pulled muscle just got me into some bad tendencies and I hadn’t gotten those out of my swing yet.

I actually went back out Saturday morning at Liberty National and was pounding balls on the range, trying to figure out what I need to do. We’re going to put a lot of work in the next few days and just lead up to the Playoffs over the next two tournaments. These are the Playoffs, you want to have your best and last week obviously wasn’t my best, but you live and you learn. My coach is going to be out here, and we’re going to be able to figure out what we need to do over the next two weeks.

You’re still sitting well inside the Top 10 of the FedEx Cup standings, but coming off the missed cut, does that change your mindset or prep at all or is it still sticking to your routine and just starting fresh at Caves Valley this week?

CM: Not really, last year I was in the same exact position. I still believe in my golf game, still believe what I’m doing is right and to look back on a great season I know I’ve been able to play well. Even though I missed the cut in this first event we still have two more, and thankfully we do. Obviously, kind of peak towards the Tour Championship where it’s all going to count, that’s just how we’re structured as a Playoff system. I’m looking to peak in that third week and bring everything together.

CM: This collaboration between TaylorMade and Cinnamon Toast Crunch, I couldn’t be more pleased and happy about it. Cereal has been a big thing in my life, which is crazy to say, but I’ve eaten so much cereal throughout my life.

I ate so much Cinnamon Toast Crunch growing up, which is probably why I’m still 5-foot-9 and not taller, unfortunately. No, it’s probably genetics. But I’ve had cereal stamped on my wedges and Cinnamon Toast Crunch is one of my favorite cereals to have. I remember through COVID that I was eating cereal for breakfast, lunch, and dinner and to have a collaboration between them just shows who I am and it’s awesome, I’m really happy that TaylorMade is able to make these Cinnamoji headcovers.

They’re not just headcovers, they’re more than that, you can literally eat out of the driver headcover which makes it even more exciting for the average consumer. 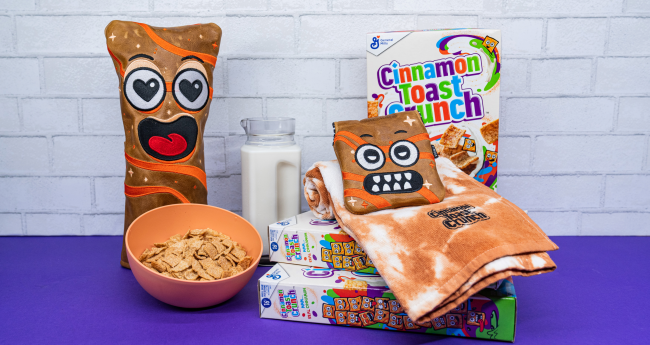 Just how big of a cereal eater are you? Is cereal a go-to snack or even meal for you while you’re on the road, or do you just sort of go on a sugary cereal kick whenever you’re home maybe during an off week or something?

CM: It’s normally one of my meals when you fly back late Sunday night, wake up early Monday and you’ve got nothing in the fridge, and it’s just something I crave. Cinnamon Toast Crunch just brings me back to my childhood, I’m still a child, I’m 24, but I enjoy eating cereal. It’s nice to have, especially on an off week. You get back, sleep-in, wake up, and pour yourself a nice bowl of cereal.

There’s that ongoing debate on social media about whether your pour cereal in the bowl first or milk in the bowl first then pour in the cereal. You’re a cereal then milk guy after, right? The normal way to do it.

CM: No, I am an insane person to all my friends. I like putting the milk first. I might sound insane to 99.999% of people out there, but hear me out. I like the milk first, you want to keep your cereal crispy. So, you pour the milk, pour as much cereal as you need, and once it starts piling up you know you’ve got a nice bowl of cereal there. I don’t know, I like more milk and you get more milk that way. You can call me insane, but that’s how I’m going to eat cereal like that for the rest of my life, I promise you.

Where’d you pick that up, do your parents pour their cereal like that or something, or are you just the weird one in the family?

CM: No, I mean, my dad still eats cereal at home, that’s like his desert. He doesn’t eat cereal like that though, I don’t know where I picked it up, but you know what, that’s maybe what I’ll be known for, for how I pour my cereal.

You’ve gotta pick one other athlete to sit down and eat a bowl of Cinnamon Toast Crunch with. Who is it?

The Cinnamon Toast Crunch-inspired golf gear will be available for purchase beginning at 8:00 PM EST on August 26 via TaylorMade.