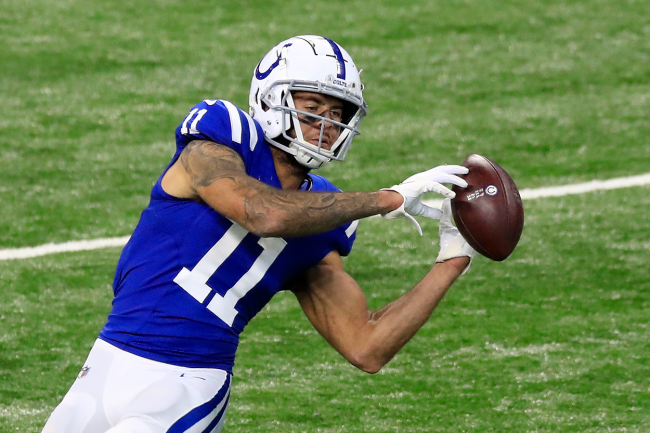 The Indianapolis Colts are going to look different when they take the field this fall. Although the organization did not make any monumental, sweeping changes to its roster, it did make a change at the most important position in football.

Carson Wentz is out, Matt Ryan is in. And apparently things are going very well.

While the Colts don’t necessarily have a wide receiver room that stands out over others in the NFL, they do have Michael Pittman. The team’s second round pick in the 2020 NFL Draft had a breakout season in 2021 and caught 88 passes for 1,082 yards and six touchdowns.

He put up those numbers with Wentz under center.

Now that he has had time to work with his new signal-caller, Pittman is excited about what he can bring to the offense. He recently spoke about Ryan as a passer and gave him some very high praise that surely eliminated him from Wentz’s Christmas card list.

“The ball is just right there, and you just turn and catch the ball. I mean, it just makes it easy,” Pittman said. “Matt can pretty much put it wherever he wants.”

Although he didn’t speak about Wentz in his comments, it’s more so what he didn’t say. Clearly there is a lot of hype around Ryan, whose accuracy head coach Frank Reich described as “insane” earlier in the offseason.

Whether Ryan is able to help Indianapolis take the next step or not is yet to be seen. However, surely, having someone who can “put it wherever he wants” will help to boost an offense that ranked 26th in passing last fall.