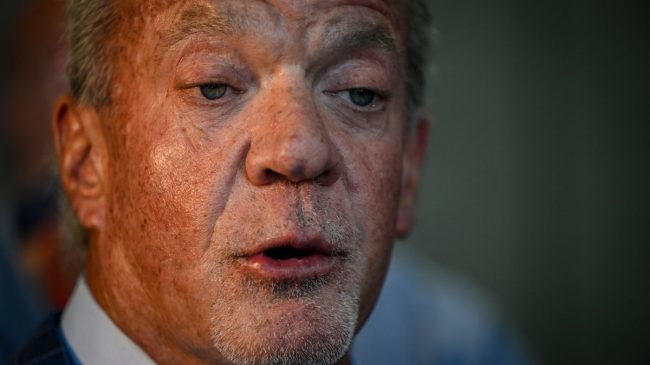 It’s been a wild week for the Indianapolis Colts as many counted them out after naming Jeff Saturday as the new head coach. Instead, the team shocked everyone when they went out and beat the Las Vegas Raiders 25-20. Now, owner Jim Irsay is already victory-lapping his decision and is getting roasted for it.

Irsay took to social media on Monday calling out “the critics.” Clearly, he’s pleased to see his franchise earn a much-needed win over a bad Raiders squad.

All you critics…you criticize all of us in the NFL for losing…When we make moves to Win… you act so righteous! “Who You Crappin’..”. Just Win,Baby!!🏈✌️

Regardless, the Colts owner is now getting torched online for already victory-lapping his head coach hire. To be fair, Indianapolis played with a bit more tenacity under Jeff Saturday and you never know, he could very well be a born natural. Even so, it’s a bit early to show this much excitement after barely scraping by Las Vegas.

Someone already made the Colts’ banner meme. You got to love the internet.

This LeBron James meme can be used for any occasion.

“I told them when I saw Jeff Saturday say the raiders suck, I knew he was coaching material. They laughed at first but i just had a feeling” pic.twitter.com/wKVbC8wrnr

We’ll see if Saturday can keep this up. Indianapolis has an extremely tough matchup in Week 11 against the Philadelphia Eagles. If they somehow defeat them, then the Colts owner can victory lap all he wants. Until then, it’s probably a bit early for Jim Irsay to act this way.