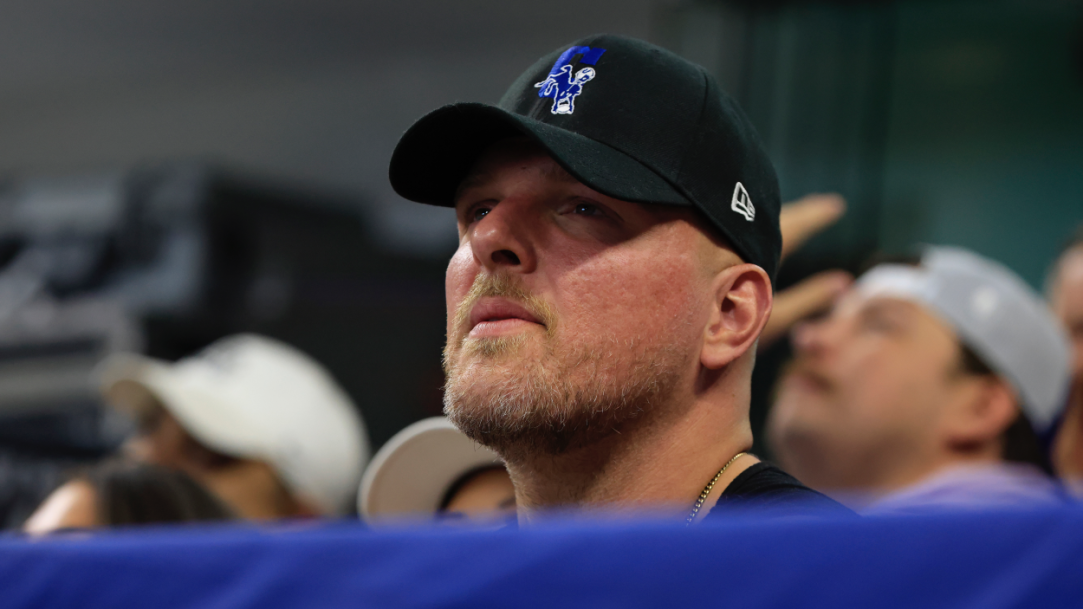 Indianapolis Colts head coach Jeff Saturday just coached his first football game of any sort since last coaching for Hebron Christian Academy, a high school between Atlanta and Athens. Jeff Saturday’s Colts traveled to Las Vegas where they beat Derek Carr and the Raiders 25-20 and Saturday is now 1-0 as an NFL head coach.

Pat McAfee’s subtle trolling might have gone unnoticed were it not for someone who screenshot the tweets and spelled it out for everyone who wasn’t paying attention:

Every time Pat McAfee tweeted about Jeff Saturday, he included a GIF of someone that talked trash on Jeff being named HC. 😂😂😂

The pettiness is next level. And I love it! #Colts pic.twitter.com/YrLEMn1FrV

Former Pittsburgh Steelers head coach Bill Cowher said that Jim Irsay hiring Jeff Saturday was a “disgrace to the coaching profession.” So Pat McAfee fired off these tweets with GIFs of Bill Cowher:

This Colts team has answered the bell EVERY SINGLE TIME today

Had a great game plan..the boys bought in.

Had to make some difficult in game decisions..had a 30 yr old play caller who never called plays in a game before because he was pretty much the only 1 that knew the plays

Former Pro Bowler Joe Thomas also referred to Jeff Saturday’s hiring as the “most egregious thing I can ever remember happening” in the league. Pat McAfee fired off this tweet:

Jeff Saturday… 1 for 1 with challenges pic.twitter.com/kbkgBJjsNJ

And to cap it all off, Jeff Saturday will join Pat McAfee on his show on Monday to discuss going 1-0 as the head coach of the Indianapolis Colts:

Undefeated NFL Coach, @SaturdayJeff, will be joining the show tomorrow.

Will be a very solid conversation I assume.

Be a friend, tell a friend. pic.twitter.com/oXt2iZZ4EB

For what it’s worth, Colts fans immediately recognized the pattern in Pat’s tweets. Those who were feverishly following the news cycle over the past week took note of every Jeff Saturday critic. But to the general NFL world, keeping track of what Bill Cowher, Joe Thomas, and others are saying about Jeff Saturday was just a blip on the radar of NFL news.