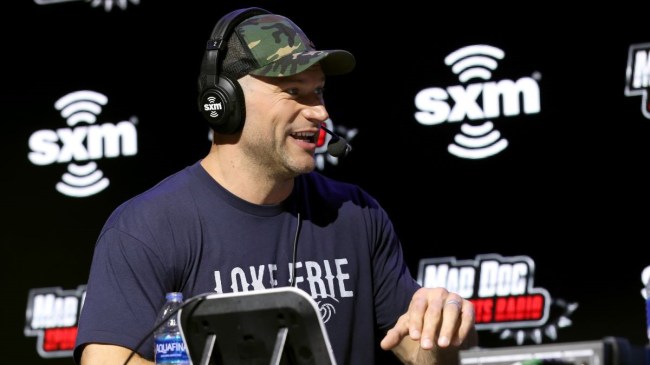 Joe Thomas knows a thing or two about what it takes to be successful in the NFL. Sure, Thomas’ Cleveland Browns teammates never won much of anything. But Thomas himself was a 10-time Pro Bowler in 11 NFL seasons and is a surefire lock to go into the Pro Football Hall of Fame.

So when Thomas speaks, others tend to listen.

On Friday morning’s episode of Good Morning Football on the NFL Network, Thomas spoke clearly and at length about the Indianapolis Colts’ shock decision to hire Jeff Saturday as their interim head coach. Saturday, who has no coaching resume to speak of, defended his ability to lead the team.

But he and the franchise are still coming under an immense amount of scrutiny falling the move. None, however, was as thorough and brutal as what Thomas offered up.

Thomas didn’t hold back from the start. He began by addressing Saturday as Colts owner Jim Irsay’s “drinking buddy” before launching into an all-out attack on the move.

“When you hire your drinking buddy to be the head coach of an NFL football team, it is one of the most disrespectful things I’ve ever seen in my entire life to the commitment, the lifestyle, and the experience that it takes to be an NFL coach, any coach, much less the head coach of the Indianapolis Football Colts,” he said. “You have got to be kidding me that this is something that Jim Irsay and Jeff Saturday, who’s not blameless for accepting the job, could have talked and decided that this was the best thing for the Indianapolis Colts at this juncture of the season.”

Thomas then pointed to the lifestyle NFL head coaches as something that Saturday couldn’t possibly understand.

“The commitment that it takes to be a head coach is beyond what people can even comprehend unless you’ve been in that locker room,” he continued. said, before referencing former head coach Rob Chudzinski. “He saw his children one time every week…If it was a home game, he would get to see his kids two times every week…That’s a lifestyle (and) that’s who you are. That’s not something that you can just show up for. It’s not something you sign up for. This is something that changes your life when you decide to be a coach. It’s one of the reasons I don’t want to coach. Because I want to see my children. I want to have a life outside of football.

“When you’re a coach in the NFL, you do not have a life outside of football. Why do you think coaches never retire? What are they going to do? They’ve never developed any other parts of their life.”

He finished the rant by claiming that thought the Saturday announcement was a joke when he first learned about it.

When I saw this, I thought it was a joke,” Thomas said. “It was the most egregious thing I can ever remember happening in the NFL, and I went 1-31 my last two years in the NFL.”

This is great stuff on the absurdity of the Saturday hire. The only thing I would add, as my buddy @good_tweets_ted and others have pointed out, is this issue is compounded even further by the fact that there are so many qualified black assistant coaches who can't ever get a look https://t.co/V75adjUC0f