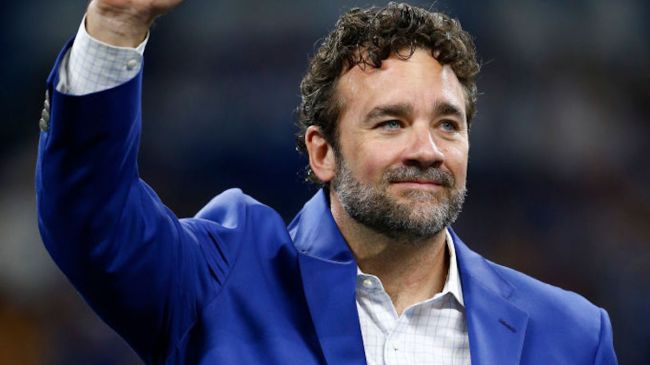 Following the firing of head coach Frank Reich — who had been with the team since 2018 — the Indianapolis Colts announced that former Pro Bowl center and current ESPN analyst (and pancake smasher) Jeff Saturday will be the team’s interim head coach.

The hire is literally a historic one as ESPN NFL reporter Field Yates has pointed out that the 47-year-old Saturday — who spent 12 years with the Colts from 1992 to 2011 — will be the first person in NFL history to be named a head coach without any coaching experience at either the NFL or college level.

As best as I can tell, Jeff Saturday becomes the first person in NFL history to be named a head coach without any coaching experience at either the NFL or college level.

He now takes over in Indy.

Signed by the Baltimore Ravens as an undrafted free agent in 1998, Saturday was ultimately cut before the season started. He then resurfaced to sign with the Colts in January 1999 and would go on to become a Super Bowl champion, two-time All-Pro, and six-time Pro Bowler while also snapping the ball to Hall of Famer Peyton Manning for over a decade. Saturday then went on to play one final season with the Green Bay Packers.

The Colts’ firing of Reich not only comes as the team sits at 3-5-1 in the winnable AFC South but after he bet on Carson Wentz and Matt Ryan in back-to-back years: a pair of decisions that ultimately cost him his job. Despite the fact that the Colts are two games below .500, they still have a chance to win the AFC South as the division’s current leaders, the 5-3 Tennessee Titans, have looked far from convincing, especially given their lack of explosiveness in the passing game.

During the Noon edition of SportsCenter on Monday, anchors Hannah Storm and Jay Harris said that Saturday was scheduled to be on the program on Tuesday, meaning that his new role with the Colts came together quite quickly.