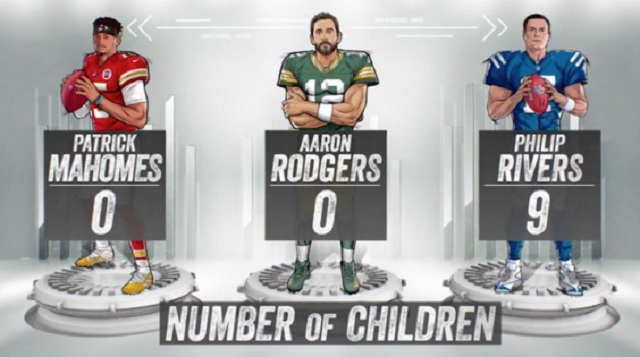 The Fox Sports graphics guy has been out of control this season.

Ummm did Rodgers and Brady take steroids before this game?

During the Colts-Titans Thursday night football game another graphic from the Fox Sports crew went viral because it detailed how children Philip Rivers has compared with other QB’s in the league.

advanced stats have gone too far. this was a real graphic pic.twitter.com/YdOjba227m

Clearly, the secondary is lacking in the River’s Bedroom https://t.co/8LZoI9QVEd

Graphics guy is really on one tonight https://t.co/xp1keX4bnX

All I see is Rivers has weak pull out game. https://t.co/AWY06wrYMC

Guess you could say Rivers is the … scoring leader