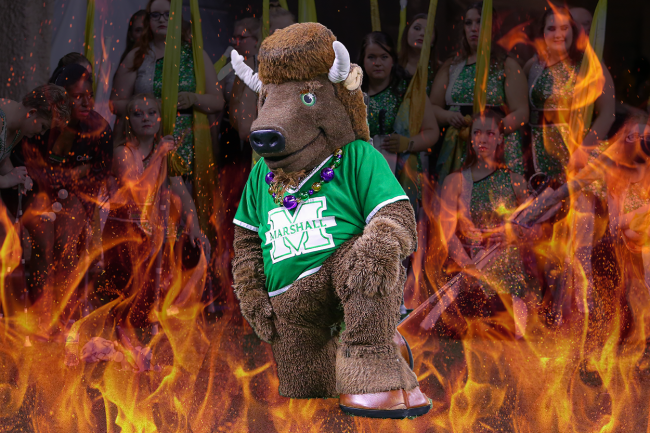 Conference USA released its 2022 college football schedule and included all 14 schools that competed in the conference last season. However, three schools have already said they are leaving and will not be competing in the conference after this semester.

As a result, drama is beginning to unfold.

There is only one problem with the schedule, and it’s a big one— Marshall, Southern Miss and Old Dominion don’t plan to be there.

Last week, the trio of schools announced that they are leaving Conference USA over the summer and joining the Sun Belt. They will not be playing a Conference USA schedule in football, or any sport, starting in June. At least, so they say.

Conference USA released to its members privately its 2022 schedule last week with Southern Miss, ODU and Marshall (three schools that now say they're leaving the league in June).

Today, CUSA released the schedule publicly with the three out-going members on the schedules. https://t.co/WyjVNfEXuJ

In addition, Conference USA said that it is willing to take the three schools to court.

Meanwhile, Marshall stood by its statement from last week that says it is leaving Conference USA to join the Sun Belt. Old Dominion and Southern Miss are expected to do the same.

Marshall Athletics is aware that Conference USA released its 2022 football schedule this afternoon, however, we stand by our statement from Friday. https://t.co/Ivh4qWQoPd

To make things even crazier, the Sun Belt is set to release its football schedule for 2022 in about two weeks. It is fully expected that Marshall, Old Dominion and Southern Miss will be included in the Sun Belt schedule as well.

Buckle up, because this is about to get very interesting, and potentially very messy. Conference USA is not going down without a fight and the trio of schools are not planning to stick around.