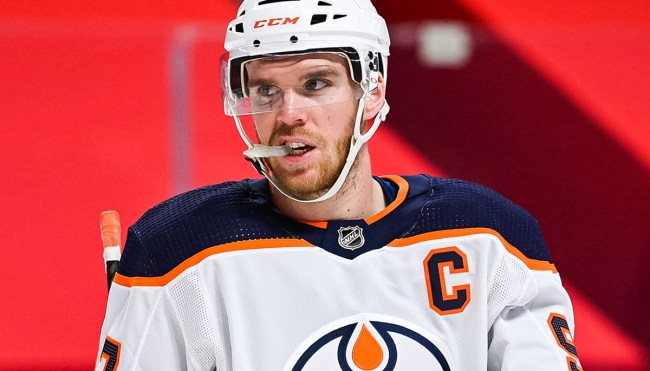 The 1980s was a pretty fun era to be an Edmonton Oilers fan, as the franchise hoisted the Stanley Cup five times over the span of a decade thanks in no small part to the contributions of a guy by the name of Wayne Gretzky.

However, “pretty fun” can’t really be said about almost everything that’s unfolded since the team finished the 1989-90 season as National Hockey League champions. The franchise’s losing effort in the 2006 Stanley Cup Finals marked the high point of a middling 15-year span, but that stretch was downright delightful compared to the one that kicked off a few years later.

Between 2010 and 2015, Edmonton “earned” the first pick in the NHL Draft on four different occasions. The first two selections were used to secure the services of Taylor Hall and Ryan Nugent-Hopkins before the third was wasted on infamous bust Nail Yakupov, but it’s safe to say the Oilers were able to bounce back when they secured what may be their most impressive addition since The Great One: Connor McDavid.

McDavid is, simply put, really, really, really, ridiculously good at hockey. The Ontario native is far and away the fastest skater in the NHL, and since being drafted in 2015, he’s used that speed and his equally impressive puck-handling skills to rack up 235 goals and 444 assists over the course of the 476 games he’s played.

Anyone who’s been lucky enough to watch McDavid play doesn’t have to be told that he’s a simply unreal talent, but I have to say I was shocked by one stat that was recently highlighted by someone on Reddit that shows just how much he’s been able to set himself apart from his peers.

As the user pointed out, the combined 679 points McDavid has tallied since his NHL debut is not only the most posted by anyone who’s been drafted since but also more than any player who was drafted in the five years leading up to his selection (John Tavares, who went first overall to the Islanders in 2009, has since racked up 884).

Is that good? That seems good.